Women in Healthcare: Changing the Landscape of Optometry

by Dyllan Thweatt
This post is sponsored by VISION EXPO
May 2, 2019
6 min read
1.5k views
Comments

We sat down at Vision Expo to discuss the state of the optometry industry with some of the women shaping the future of the profession.

“Consistently, every single recent class has been 50% (or more) women.” The eyecare industry has been shifting constantly in this direction, but there is plenty of room for it to grow even further. Join Patricia Fulmer, OD, FAAO, Selina McGee OD, FAAO, DIPL ABO, and Jennifer Lyerly, OD as they discuss the state of the industry and the women who are shaping its future.

Men and women in eyecare: by the numbers

Drs. McGee and Lyerly agree, that it’s great to see growing rates of women not only in optometry but also in industries across the board. “2017 was the first time that the American Medical School Association reported that 50.7% of their enrollees were female.” There is, however, a disconnect between the volume of women graduating from optometry school and those in leadership roles and speaking positions, but that is slowly changing as well.

You’re not gonna get asked. You just sit down at the table and you do it!

There have to be forces for change in the space, and Dr. McGee is helping to lead that charge. While a disconnect between the number of female ODs and those in leadership does exist, she also believes that the relatively new growth of women in the optometry industry is making strides. It may take time for those new additions to the field to work up to leadership roles that are now available to them. “There’s clearly a shortage of female ODs when we go to conferences,” Lyerly says. “You can look at the speaker list and go ‘there’s nobody that looks like me there.' ”

She believes that part of the shortage can be attributed to a difference in confidence levels. Female ODs are hosting fewer courses and leading fewer conversations at these events because of a lack of confidence in their clinical skills. Not because of any true difference in their skill set but because of a perception that if something is even a bit off they might “look like we don’t know what we’re doing,” says Dr. Fulmer. “But just taking that courageous step to be up there is something more than anyone else in the audience is doing.”

“You’re not gonna get asked. You just sit down at the table and you do it!” Dr. Lyerly adds.

What is the biggest challenge facing women in the eyecare industry?

There are barriers that exist for women in optometry including a wage gap, that are clear hurdles to overcome. “In a recent study, Review of Optometry reported an 11% pay gap between men and women in eyecare with the same amount of experience.” Part of overcoming this hurdle is making sure that the industry as a whole recognizes that the challenge exists in the first place. One step in the right direction is encouraging women to advocate for themselves and their salaries in the workplace.

“Men may walk up to a practice owner, and say at this time period we’re going to work out something that works for both of us. But women don’t want to step on toes; they think about whether they’ve gotten to ‘that point’ yet.” Dr. Fulmer says. Attacking the problem directly can begin with asking. It can begin with women in optometry owning their knowledge and skills and ensuring that they are properly compensated. Some of that conversation will start by hearing “no.” Learning to negotiate by speaking with mentors and taking courses can make a huge difference!

According to a recent study, over 46% of women surveyed would not choose optometry again if given the choice to do so, and putting in the work to change that trend will require a lot of work. Many of the responders to the survey seemed to be most dissatisfied with their practice mode or modality.

Some of that dissatisfaction also stemmed from their frustrations with the hours they had to keep or the red-tape that accompanied handling insurance benefits. “I don’t think that [these issues] are truly unique to women.” Dr. McGee believes that even though this study focused on women in optometry, it is likely that this dissatisfaction could be industry wide.

...it all comes down to finding that passion in yourself.

“When we enter optometry school, we all have a vision of what an optometry career will be like.” When small-town doctors operate on cash-pay, have their pets in their office, and see a single patient per hour, it can be disorienting when you graduate and begin working in a large, corporate practice. Because of this, the career path may be very different than the expectations an OD had for the profession. Ultimately, Dr. Lyerly believes that ODs must work to make the options available to them exciting all while making sure that everyone is working harder to make optometry a better workplace.

Advice for the next generation of ODs

Dr. McGee’s firmly believes in the power of stepping outside of your comfort zone. “You can make this profession whatever you want to make it.” With her practice in Oklahoma, Dr. McGee fought passionately to offer Botox, injections, and fillers in her standalone practice—she now operates one of the only standalone practices in the country to offer these treatments.

It becomes easy to see optometry through a certain lens, but now more than ever there are a growing number of options, tracks, and career paths available to ODs. Dr. Lyerly emphasizes that if you are truly interested in optometry, you’ll find your niche. Money cannot be the sole motivating factor in your decision-making process, or you won’t ever find a position that fulfills you.

“I stop to think ‘what is something optometrists do every day that is unique to us.’ For me, it’s speaking to patients one-on-one.” She is inspired by her work because she loves to create lasting relationships and lines of communication with her patients, and it all comes down to finding that passion in yourself.

Dr. Fulmer’s last bit of advice is simple: find a mentor. Don’t be afraid to ask folks that you admire in the industry (or outside of it) for help and advice.

While it is important to recognize how far the industry has come, there is always room for more growth and more positive change. 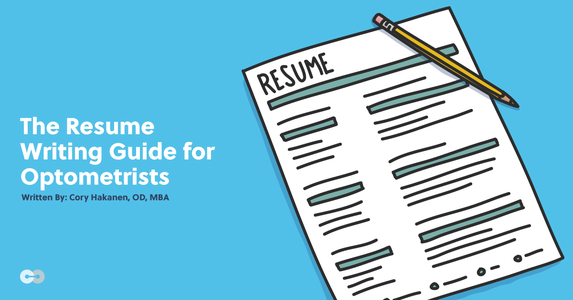 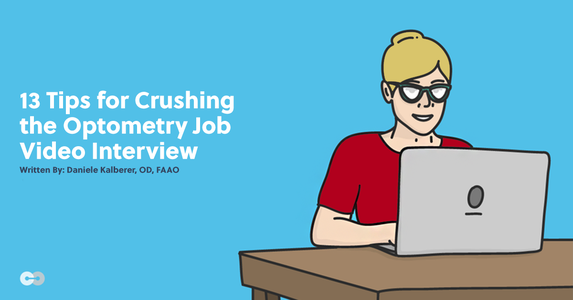