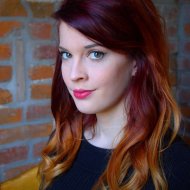 The WHO World Report on Vision was a wake-up call that too many have ignored. It's time for ODs to take responsibility for the role we should play in public health. 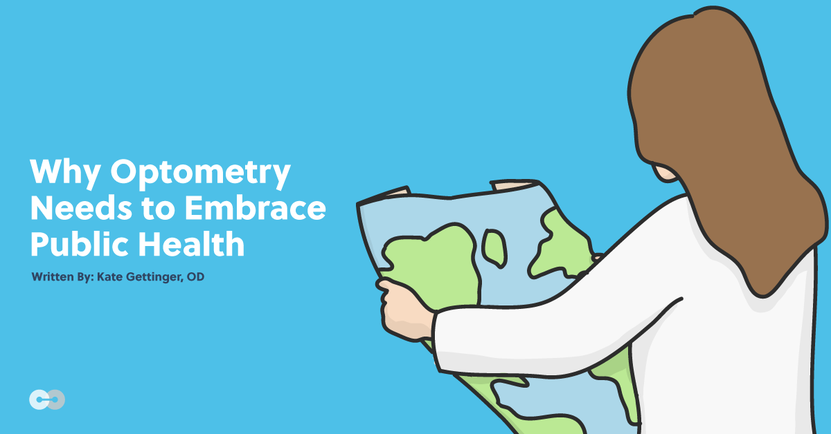 The WHO World Report on Vision (2019) emphasized the need for a systematic approach to reducing preventable blindness and increasing access to eye care worldwide; it remains a call to action, reminding optometrists worldwide that our position is centered on community health practice. However, in the United States there is often uncoordinated communication and barriers to knowledge sharing as our profession is governed by the private sector and financial profit can be prioritized over public health.

That’s not to say we don’t provide a vital service and positively influence the lives of our patients. What I’m saying is that we often don’t look past the surface of our day to day roles. We treat the patient in our chair for the condition with which they present, as we should, but we stop there.

The goal of public health initiatives are to prevent disease and work towards longer, healthier lives by understanding the determinants of health and providing the public with the means to achieve better health. This may mean research to unravel the biological components of a disease, or epidemiological studies to determine who is more likely to become sick, or determining the systemic inequalities in the healthcare system that prevent populations from receiving adequate care. An optometrist concerned solely with her own patient roster overlooks the public health role and responsibilities of the profession.

The American Public Health Association has specifically highlighted how the impact of blindness and visual impairment is not equally distributed among all populations. Socioeconomic status, gender, age, and race all contribute to disproportionate prevalence rates. Eye and vision health should consistently be included in conversations of public health and incorporated in planning to promote health equity in America. Optometrists know that eye health is closely tied to education, social interactions, financial stability, and quality of life. As such, we should be concerned and recognize the mounting public health crisis we are facing.

Why optometrists should care

Uncorrected myopia is the leading cause of distance vision impairment globally, and a 2016 systematic review with meta-analysis has predicted that there will be a worldwide increase in myopia rates, resulting in nearly 50% of the global population being myopic by the year 2050. This startling trend calls for the need to introduce planning services and interventions in order to prevent ocular complications and vision loss in nearly 1 billion people.

Looking at it from an economic standpoint, the increased burden of myopia in 2015 was thought to result in a loss of over $244 billion dollars globally due to compromised productivity. The cost of correcting myopia would be significantly less than the cost of such lost productivity, not to mention the significant impact on quality of life.

Myopia should be considered a chronic disease, not simply a refractive error. Proactive ODs may turn to myopia management treatments within their practices, but for many, this is still an emerging field and the current cost of treatments make them inaccessible to many patients, potentially widening the gap of already present health disparities.

An aging population means an increase in ocular disease

By 2050, the population of those aged 65 and older in the United States is projected to reach 83.7 million, almost double the current population of those in that age category. This is thanks in part to the baby boomer generation, but also due to improved medicine and longer life expectancies. This rapid rise in an aging population implicates a corresponding spike in cases of AMD, glaucoma, and cataract. According to a report by Prevent Blindness America, it is estimated that by 2032, the population of those over age 40 who are visually impaired will increase by 66%, while those who are blind will increase by 59%.

It is estimated that over 8.1 million Americans have diabetic retinopathy, and this number is expected to rise. Diabetes is the current leading cause of new cases of blindness in American adults. Diabetic retinopathy also has a higher prevalence among Hispanics and African Americans, and these populations are 2-3 times more likely to develop significant visual complications. Populations of people of color in the United States are projected to rise over the next few decades, meaning we can likely expect to see a corresponding rise in the prevalence of diseases like diabetes that disproportionately affect minorities. Many of those within minority populations are already facing additional barriers to healthcare access, and a failure to address these hurdles to care will result in severe visual consequences.

According to a policy brief from the AOA Health Policy Institute, children with undiagnosed and untreated vision disorders miss 75 to 90% of all learning. These children often slip through the cracks because they may not show overt signs or symptoms of visual complications or their symptoms may be mistakenly attributed to behavioral disorders. We often place too much reliance on vision screenings, resulting in a significant number of children being missed by the screening itself or those who are flagged for follow-up never carrying through with the intended full comprehensive examination.

Currently, only 51% of states require some sort of vision screening for preschool-age children, and many of these states have no specification for the need for a comprehensive exam. A comprehensive eye exam is the best way to catch all potential visual impairments, and yet many children do not receive this level of care. The absence of a federal requirement reflects a deprioritization of eye health for children despite its significant influence upon a child’s academic performance.

Thanks to the Affordable Care Act, pediatric vision care is now considered an essential health benefit, and all individual and small group health insurance plans must provide vision coverage for children under the age of 19. However, this still does not mean that children are receiving this care. Many adults may not even know that their child has vision benefits.

Four in 10 U.S. adults are at high risk of vision loss, but many aren’t receiving annual eye care

A report released in March 2020 in JAMAOphthalmology highlighted just how acute the ocular public health crisis is in America. In 2017, of the 93 million adults who are considered at high risk of vision loss, only 56.9% annually visit an eye care professional and only 59.8% had a dilated eye examination. Of those requiring eyeglasses, 9% said they could not afford glasses. Those of low socioeconomic status were more likely to not be able to afford the eyeglasses they needed. These figures are up from 2002, indicating that although more Americans are becoming aware of the importance of eye care, many still face challenges in receiving the care they need. Much more needs to be done to make eyeglasses affordable, as well as to promote overall eye health and reduce disparities in eye care delivery.

What do we do?

Because of the growing rate of visual problems in the United States, addressing them requires a skilled, coordinated response from the federal government.

The U.S. Department of Health and Human Services’ Healthy People 2030 objectives were recently released in September 2020. Healthy People 2030 is a list of public health priorities designated by the Office of Disease Prevention and Health Promotion and identifies areas where there needs to be more intervention in order to promote health and well-being among all Americans. The 2030 objectives contain 13 objectives specifically geared toward improving visual health, increasing from the previous 8 objectives listed for Healthy People 2020. Despite this call for more action, eye and vision health continue to be underrepresented in federal budgeting and programming.

Notwithstanding the recent findings of the WHO’s World Report on Vision and the Healthy People 2030 objectives, the United States continues to fall short in efforts to address the rising rates of visual impairment. For the past four years in a row, the President’s annual budget request to Congress has proposed the elimination of the CDC’s Vision and Eye Health Program, along with cuts to the National Eye Institute and National Institutes of Health. These cuts come at a time when we should be focusing more attention on vision programs in the United States, not eliminating them. The majority of data that exists on visual impairment in the United States is severely limited, and the CDC must currently use estimates of visual impairment and blindness based on epidemiological studies that are often over a decade old. Many of these reports also rely on inconsistent reporting mechanisms that further muddy the data. These reports usually fail to identify all the factors that can be linked to visual impairment and eye disease. This understandably creates challenges when attempting to develop policy measures and intervention programs to support eye health.

We are also seeing a continuing rise in the for-profit private sector in the optometry world. Small community private practices are being bought up and replaced by private-equity firms who often are more concerned with how to increase profitability rather than address areas of health inequity. This for-profit mentality often leaves the most vulnerable unable to access care. Many community health centers, which often provide the bulk of health services for these disadvantaged populations, do not provide routine eye care services. Although efforts from the AOA’s Health Policy Institute have made strides in increasing the number of optometry full-time equivalents in health centers, there is still a shortage of doctors available.

When we look at the ocular health of the nation, we need to recognize that more is at play than simply an individual’s genetics or medical treatment. There are social and environmental factors that vary significantly among communities and can have a huge influence on ocular health and vision. There needs to be more targeted community-level involvement in addition to federal-level engagement, and most commonly this starts with optometrists. As optometrists, we are the primary eye care providers—the first line of action for many of these issues. It is our responsibility to champion efforts to improve access to eye care, support research to fully elucidate the extent of visual complications, and identify the populations most at risk so we can increase resources accordingly. We must be aware of these health disparities and actively work to eliminate them both within our practice and outside of it.

Kate Gettinger is a practicing optometrist in St. Louis, Missouri. She grew up in Macomb, Illinois and completed her undergraduate education at Truman State University in Kirksville, Missouri and Masaryk University in Brno, Czech Republic. In 2015, she graduated from the University of Missouri-St. Louis College of Optometry. In her spare time, she enjoys attending weekly trivia nights, exploring the St. Louis restaurant scene, running, and spending time with her black labrador retriever. 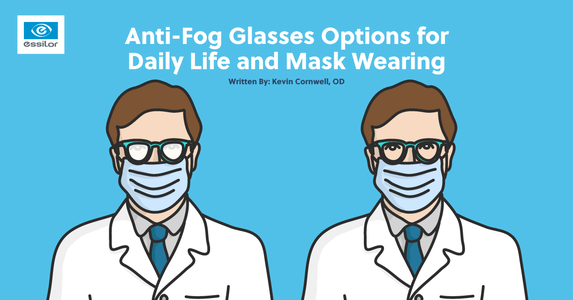 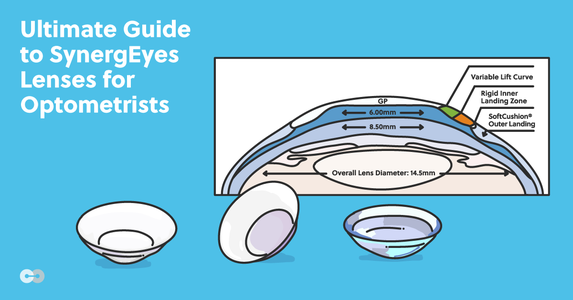 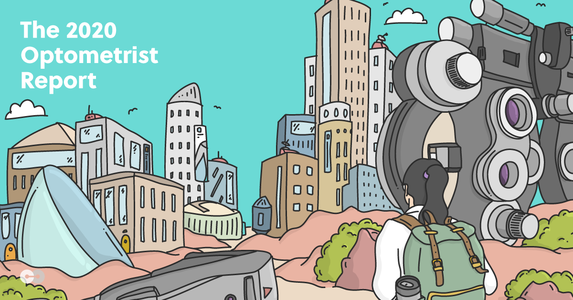