The iCare Advisors & the Future of Private Practice Optometry

Patricia Fulmer, OD, FAAO spoke with Bob Steinmetz, OD and Eric Baas, OD of iCare Advisors at Vision Expo West 2018 to discuss the lasting strength of private practice optometry and how it will continue to grow.

New grads and the world of private practice

“Twenty, thirty years ago everybody that was in school planned on going into private practice,” Dr. Fulmer says. The industry has changed since then, but why? Dr. Baas, having spoken with many younger ODs, believes that there are a number of fears and beliefs that have influenced this shift.

“They don’t understand what’s possible,” says Baas. He’s found that new grads with interest in owning their own practice, even starting a practice cold, don’t believe that it’s achievable but reassures that there are programs available that can help! These financing programs are:

For those not yet interested (or entirely disinterested) in ownership, being employed in private practice also helps to find great mentorship opportunities that can make a massive difference in their career. Not only does private practice work afford ODs the chance to develop as healthcare professionals, but private practices are able to fill a unique niche as pillars of their community. Doctors have the ability to build stronger patient relationships; even if the profitability isn’t necessarily there, the human side of optometry is.

Private equity’s effects on the industry

The rise and expansion of private equity groups has clearly had an impact on the industry, but Dr. Baas doesn’t believe their growth strategy is sustainable for the future of eyecare. ODs who sell to private equity often return to being an associate for a period of time, typically three to five years, the practice itself shifts toward a hyper-focus on cost and sales, and once the OD-owner leaves the practice, there is no longer a person on-site with an owner mentality.

Following transitions like these, new grads that expected to work in private practice are left with a sour taste in their mouth because the practice “feels very corporate; it feels like what [they were] trying to avoid.” For doctors currently on the hunt for positions with private practices, discussing long term transition and growth plans up front with a prospective employer is essential.

One aspect of the job search that is often overlooked is properly understanding and navigating contracts. For those that are interested in potentially owning a practice, Dr. Steinmetz recommends including what he refers to as the “golden handcuffs” into the contract. A clause outlining a transition plan that guarantees the new associate will have the opportunity to later purchase the practice can ensure the practice remains in their hands. It also puts the practice owner in a position to leave a legacy and ensures a transition out of their business that doesn’t involve private equity.

Another key contract tip to keep in mind, especially when working with larger practice groups, is to be wary of excessive non-compete clauses. While their enforceability is debatable, these clauses often restrict “the radius near an employee’s current practice as well as locations they currently fill in for.” Many are day-specific and can further limit a candidate’s possibilities. “For example, in Chicago, if you were to draw the map out after working for one of these companies, you’re out of Chicago for two years.” Dr. Baas warns.

Valuing a practice is challenging, and while selling a practice to an equity group may sometimes be easier, it can also come with a lower valuation and can include a few other potential problems. “The perception…is that they’re going to sail off into the sunset with a drink in hand and a line in the water.” Transitions to PE groups often require the OD-owner to continue working for some time post-sale. In some cases, that owner was never an associate to begin with, and that role comes with a slew of other hurdles to leap over.

"Even our clients who are in their mid-late twenties…we always talk about “what is the exit strategy going to be someday?”

If an owner is considering a slower transition out, it’s important to consider an exit strategy, and it’s never too early to think about what that may look like. “Even our clients who are in their mid-late twenties…we always talk about ‘what is the exit strategy going to be someday?” Dr. Steinmetz says. For many doctors that are ready to close up shop, one of the most important parts of leaving their practice is maintaining their legacy, and planning early can secure that.

Both Steinmetz and Baas encourage employers and employees alike to constantly be on the lookout for great team members and positions, respectively. By finding the right associate or right mentor early on, you can begin to plan and plan early. Dr. Baas quotes one of his mentors, Walt West in saying “He who seeks to ride the tiger must first learn to dismount.” Learn to dismount that tiger now!

Disruptors in the eyecare industry, in both technology and services, are creating new problems for private practice owners. Technologies like remote or online eye exams, for example, are drawing patients away from in-office exams. In order to stay up to date on how these disruptors may play a practice’s business, Steinmetz encourages doctors to stay involved in their state and local eyecare societies and organizations!

That said, while some technologies may seem disruptive, there are others still that can and should be embraced. “When the autorefractor came out, they said ‘that’s the death or private practice optometry,” Baas highlights. Learning to adapt to and capitalize on the technology trends of the industry can give practices the opportunity to get ahead of a perceived problem and grow rather than lagging behind.

Quick tips from the iCare Advisors 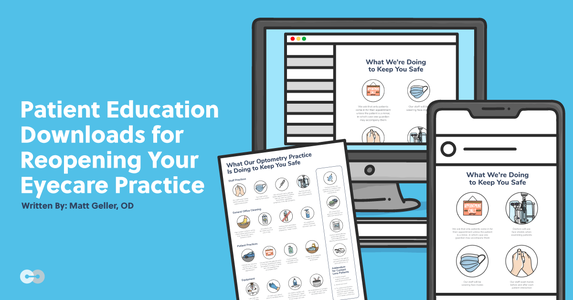 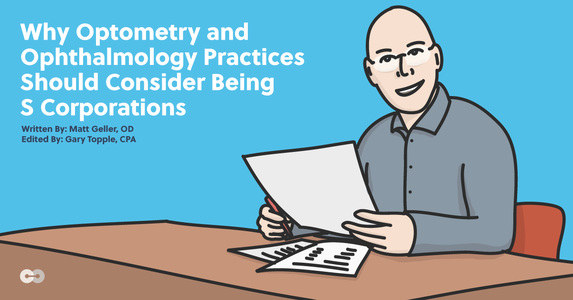 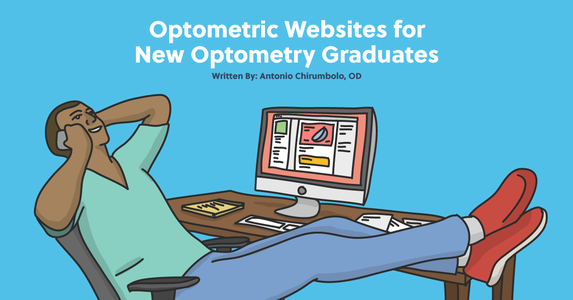