When it comes to retinal detachment repair, scleral buckling is a classic. In this set of videos, three experienced surgeons walk you through their approaches to the procedure.

This video series is intended to be useful for trainees at various levels. From early students observing a surgery for the first time to specialized fellows looking to hone their skills, these videos can help.

Instead of providing one perspective on one way to do a scleral buckle, this collection of videos shows a variety of approaches to the same procedure. Common steps are labeled, variations are highlighted in the videos, and the accompanying commentary provides more in-depth insights.

These videos can be used to understand and to prepare for the operating room. As background, they reiterate key steps and goals of the surgery. For those already with surgical experience, these videos can help clarify the nuances of the procedure. This can help in preparation for an upcoming surgery or in reflecting on a recent experience.

Retinal detachment repair is perhaps the quintessential skill of the vitreoretinal surgeon. Imagine being the patient, visiting an unfamiliar doctor as an emergency add-on, not sure why you are losing vision and terrified that the doctor will tell you there is nothing that can be done. Fortunately, they are wrong, and nothing feels better than telling that scared patient that everything is going to be ok. In fact, we have three effective treatment options for repairing retinal detachment: pneumatic retinopexy, scleral buckling, and pars plana vitrectomy. This video and accompanying commentary focuses on the oldest option, the scleral buckle. Developed and refined over the first half of the 20th century, scleral buckling involves the surgical attachment of an exoplant to the external surface of the eye in order to provide a tamponade over a retinal break. Most often, including in the case of this video, the exoplant is a 1x4mm silicone band that encircles the eye, providing 360-degrees of support.

While an elegant surgery, scleral buckling can be intimidating to young surgeons where vitrectomy dominates the surgical arena. Moreover, as vitrectomy has gained in popularity over the past few decades, exposure to scleral buckling has diminished in training programs, to the point where some graduates of retina fellowships have performed few, if any, of the procedures. This is unfortunate as scleral buckling is the best option in many cases, and can enhance vitrectomy in cases of complicated detachment. Hopefully this video will serve as a platform for young surgeons to learn the technique.

The easiest way for me to learn a new surgical technique is to watch it being performed by as many different surgeons as possible, then to write out the steps in cookbook fashion to go through one-by-one as many times as possible. Keep in mind that there are multiple techniques, and that you will need to find out which is best suited to you. Moreover, there is much more that goes into this than just these steps, and this should absolutely not be attempted by anyone other than a trained surgeon or trainee under direct supervision.

Steps of scleral buckling with cryotherapy:

Can't see the above video? Sign in to watch!

Techniques vary but ultimately, the goal should be to reattach the retina in the most efficient and effective manner to achieve the best anatomic and functional outcomes. One’s experience and comfort level will dictate how certain steps are carried out. Choosing to create sutureless scleral tunnels or “belt loops” versus suturing the buckle to the sclera is based on surgeon preference. In my hands, suturing the buckle provides the greatest control and efficiency with possible lower risk of major perforation or hemorrhage. Choice of suture material is another individual surgeon-dependent decision. Choice of segmental or encircling buckle and type of element will depend on pathology to be supported. Most do well with a 41 or 42 encircling band.

Cryoretinopexy versus laser retinopexy is surgeon-dependent but many tend towards cryoretinopexy in the context of scleral buckling. If extensive retinopexy is required (beyond treatment of dominant break), laser may be less pro-inflammatory and should be considered. Drainage of subretinal fluid is likely the highest-risk step and is not necessary in many cases. Many will choose to drain especially in cases of bullous retinal detachment. Techniques of drainage are varied and surgeon-dependent. Intravitreal air or gas injection may be useful to help support retinal breaks in addition to the buckle, especially with superior retinal breaks. Choosing to fasten the buckle and generate indentation with a sleeve versus placing sutures further apart to create indentation is surgeon-dependent. Ultimately, the scleral buckle will work well by supporting the vitreous base and the retinal breaks as well as by relieving traction.

Can't see the above video? Sign in to watch!

Scleral buckle (SB) placement for rhegmatogenous retinal detachment (RD) repair was first described in 1949 by Ernst Custodies and further popularized by Charles Schepens and Harvey Lincoff in the 1950s. SB technique favorably alters the geometry and physiology of the eye to help close and maintain closure of retinal breaks. Inward indentation of the eye, along with laser photocoagulation or cryotherapy, aid in creating a permanent adhesion between the neurosensory retina and the retinal pigment epithelium (RPE). SB is advantageous as it treats existing retinal breaks, supports the vitreous base, minimizes the likelihood of new retinal tears developing and confers a lower incidence of cataract formation compared to vitrectomy. In some cases, internal gas or silicone oil tamponade may not be necessary and therefore positioning may not be necessary in primary SB RD repair.

Who should get a scleral buckle?

SB surgery should be strongly considered in the following:

What type of buckle should be used?

SB surgical technique can be summarized as follows:

Pitfalls: When to avoid a primary scleral buckle

There are specific scenarios in which a primary SB is relatively contraindicated and include:

In summary, SB implantation is an “oldie, but a goodie”. While it may be far less commonly performed compared to PPV for RD repair, it still offers potentially more optimal outcomes in selective cases. It is also a tool for the retinal surgeons to be familiar with; while “hindsight is 20/20”, one rarely (if ever) will regret having placed a SB in cases of RD repair.

Nikolas London, MD FACS is the President, Director of Research, and Managing Partner at Retina Consultants San Diego as well as the Chief of Ophthalmology at Scripps Memorial in La Jolla. He completed his Retina fellowship at Wills Eye Hospital in Philadelphia, PA, where he was awarded the Ron Michels Award in 2012. Dr. London is dedicated to excellence in patient care, and enjoys learning and teaching new surgical techniques. 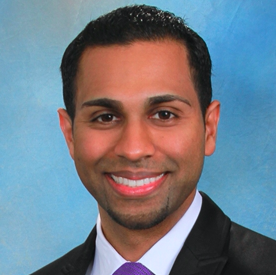 Gowtham Jonna, M.D. is a board-certified ophthalmologist specializing in diseases of the retina and vitreous at the Retina Consultants of Austin. He is also Adjunct Assistant Professor at the Texas A&M University College of Medicine. He is an astute clinician, adept surgeon, and committed educator who always seeks to improve patient care and outcomes while mentoring the future generation.