Know Your Worth, Get the Job: Salary Negotiation for OTs 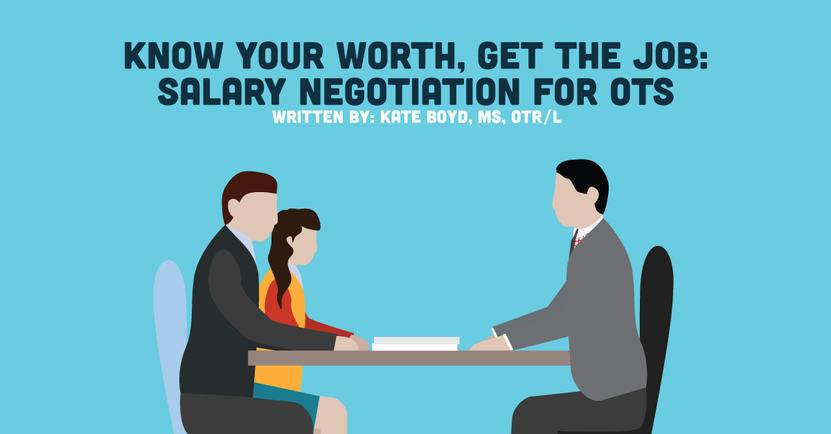 When we’re fresh out of school, many of us are interested in different areas: everything from pediatrics to geriatrics, hospitals to home health. How do you decide which direction to go in? I live in a rural area where OTs are rare, and there were several random options within a 50-mile radius.

Right after graduation, I was more focused on landing my first job than on what setting it was in, so I applied to everything, not knowing what would stick. As a result, I had the opportunity to go on several interviews, some of which I considered practice since I didn’t have much experience as an interviewee.

I found that interviewing was a bit like dating – you’ll know within the first few minutes if there’s chemistry with the hiring manager, coworkers, and facility. Some places I walked out of knowing it wasn’t right for me. Some I wanted to run out of — fast! But there was one where I could immediately see myself working, and that’s the job I ultimately accepted.

Looking back, there are some things I wish I'd known before accepting that job offer, and chief among them is how I could have negotiated my starting salary.

Before you get too far into interviews, I recommend you do some serious research on what a reasonable starting salary is for that setting and location for a new grad. There’s more variability than one might think:

Don’t walk into an interview situation blind. And don’t take whatever salary is offered just because you feel desperate. Do your homework, and be informed!

So how do you know what’s a fair salary? There are a lot of resources out there, but unfortunately, most don’t allow more than one or two variables in the search. It’s exciting to Google Occupational Therapist salary in MyHometown NC and see $80,000 pop up.

Unfortunately, that’s not realistic for a new grad unless you’re willing to work in a SNF or HH, and it drops dramatically for most other settings. Time to do some homework!

All four of the search types seen here may be useful, but I like: “one occupation for multiple industries” to compare salaries against different settings. Also “one occupation for multiple geographic areas” is handy to compare salaries between neighboring towns. The site takes some time to learn to navigate, but it’s a useful tool and worth the effort.

Unfortunately, it’s not possible to compare specific industries in different locations, amount of experience, etc., which makes all the difference when you’re looking for real numbers to use in salary negotiations.

Looking for a job? Download the Ultimate Guide To Jobs After Occupational Therapy School!

That’s where OTSalary.com comes in handy.

When I was on the job hunt in 2016, I quickly became frustrated by the lack of very specific data. I found many long conversations in Facebook groups about salaries for certain settings, but none ever matched my own particular criteria. The website OTSalary.com was born out of my desire to find and provide evidence of what others were earning in circumstances such as mine at the time: new grad, NC, rural area, SNF vs hospital setting, etc.

Through an online survey that immediately populates an ever-growing spreadsheet, you can now download, view, sort, and filter the information for the variables that are as unique as you are. You can even view comments regarding whether the survey participant negotiated their salary, and whether the person is female or male (if you’re interested in gender gapcomparisons).

You liked the facility, coworkers, the boss, the job description, and to your amazed delight, you just got a call from HR with a job offer! Hurray! Wait, now what? Do I really have to negotiate? But I like them so much, the nice HR person said this is their standard offer for my level of experience, and I don’t want them to think I’m ungrateful . . .

Take a breath. We always encourage salary negotiation for OTs. They’ve just demonstrated that they want you, and they’re not going to suddenly decide they don’t want you just because you’re opening a conversation about salary.

I made this mistake with my first OT job too, and if I could go back in time to change it I would. This was a position that had literally been posted for two years. Two years! I had three interviews with this place, and each time they expressed that they were very interested. When HR finally called weeks later with an offer, my knee-jerk reaction was to accept on the spot because I’d been looking for 3 months and was nervous about my prospects.

Huge mistake! I had the upper hand, knew it, didn’t use it, and have been kicking myself ever since.

Fortunately, I learned from the debacle of my first OT job non-negotiation. When I was offered my dream job a year later, I successfully negotiated the initial offer up by seven thousand dollars. I based that conversation with them on my current salary, an upcoming raise, some statistics I’d found based on job/location/experience, and that I would incur additional expense due to the location requiring a significant commute.

I also felt confident about my prospects after the interview and knew they were just as motivated to make it work as I was. It felt great to finally accept a salary that I knew was fair, and that I had put in the effort to acquire.

Congratulations on finishing school and passing your boards! While you’re well on your way to beginning the career of your dreams, there is still homework to do. Know your value, know the market, and negotiate! OTSalary.com is here to help. 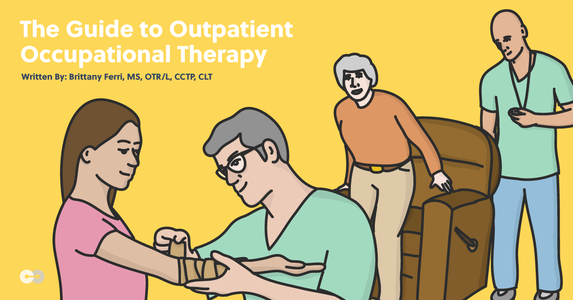 The Guide to Outpatient Occupational Therapy 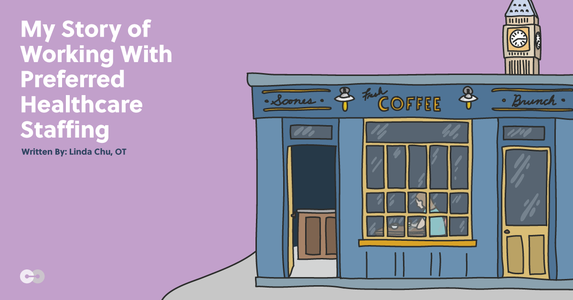 My Story Of Working With Preferred Healthcare Staffing 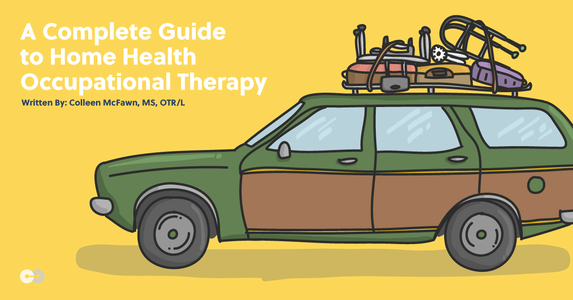