A Glimpse Into the Training Room: Physical Therapy in Sports Organizations

Being a physical therapist for a sports team organization is a highly sought after position. Many prospective therapists have dreams of working with high level athletes, traveling with the team, and experiencing the world of professional sports. However, there’s a big difference between working in a clinical setting and working in the training room. 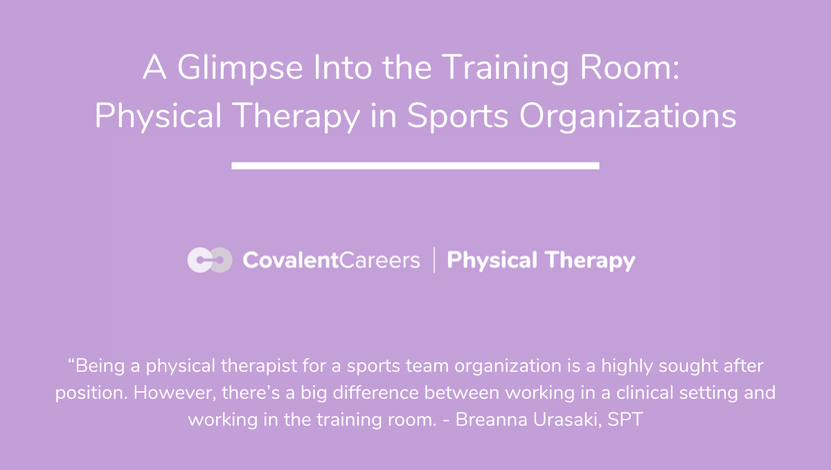 Being a physical therapist for a sports team organization is a highly sought after position. Many prospective therapists have dreams of working with high level athletes, traveling with the team, and experiencing the world of professional sports. However, there’s a big difference between working in a clinical setting and working in the training room.

So I sat down with my coworker, Ross Brunett, to get a little insight into the training room setting. Ross worked as an athletic trainer for his college in San Diego county, interned with the Cleveland Indians baseball organization as an SPT, and is currently working as an athletic trainer for the Belmont Shore Men’s Rugby club. In addition, he works full time in an outpatient orthopedic clinic in Los Angeles.

What got you interested in sports rehab? And why work both athletic training and physical therapy?

I took an athletic training course in high school that helped me realize I got to work with active people while staying active, which was really appealing. I studied athletic training in undergrad because I knew the major correlated directly with the job. It allowed me to play a very direct role in the outcome and performance of an individual. When I asked an advisor what would best set me up for becoming an athletic trainer for a professional sports team, they recommended going to graduate school and becoming a PT. Originally, I thought I would just get my DPT and then switch straight back to athletic training but I grew to love PT and now plan on just doing athletic training on the side.

What is the biggest difference between being an athletic trainer and being a physical therapist for a sports team?

Athletic trainers run the training room. It’s a traditional system with a clear hierarchy, so despite the difference in level of education, the therapists answer to the athletic trainers. For about 50 years, athletic trainers were the only medical staff (besides the team doctor) hired by the sports team. Physical therapists have only been staffed by the team within the last 15 years or so.

There’s also a difference in the type of injuries each one treats. Athletic trainers tend to treat smaller, acute injuries. They’re usually on the field and see the injury happen. Therapists usually see more complicated cases, long-term rehab, or post-op patients. Their cases are generally more moderate or severe and require the athlete to take time off from their sport.

What is it like creating treatment plans for the athletes? Are there any limitations to what you can do with your athletes?

Each program is a little different, but my internship was pretty collaborative. Patients are usually either PT or athletic training so you generally get full autonomy (unless you’re an SPT because everything must run by the supervising PT). Certain programs, like return to throwing or return to jogging, were created by both teams. They sat down and discussed it together to write out a schedule for the athletes to follow.

The biggest limitation is time. Athletes have a lot of stuff to do in a day between team meetings, scouting reports, video review, practices, etc. Rehab falls under “self-care” so anyone who needs therapy comes in during a designated time, and athletes have to stay on schedule.. However, they usually live fairly close to the training complex and you get to see them five to six days a week.

What was your favorite thing about working with a sports team? What are some challenges?

The environment is really fun. People keep it light and there’s always humor blended with the professional environment. There’s also a little pride when you help an athlete return to their sport; it means the world to them to be back out there playing and you feel both their successes and their failures. It makes it more meaningful because this is their life’s work. You also get all of the state-of-the-art equipment you could want. Everything you could ever need is provided and if it isn’t available, you can always pitch it to higher-ups to get it approved.

One challenge is time management. There aren’t scheduled appointments. Everyone just arrives as a big group during their scheduled “self care” time so you have to be flexible and juggle everyone the best you can.

You also need to know a lot about the specifics of their sport. Rehab is customized specifically for the person, down to the position they play. For example, rehab for a catcher differs from rehab for a 1st baseman. You need a firm understanding of the demands of each individual position and how they differ so that you can prepare them to handle the demands placed on their body once they return. And it’s difficult to know when someone is fully ready to return. Nothing they do during rehab is going to put the same level of stress on the body as their game time performance. You can’t replicate the same strain and force on the body in a controlled clinical setting as they experience during the game; there’s always going to be a bit of a jump. It’s up to you to judge whether they are ready for that.

What does your work schedule look like from day-to-day?

I worked late season and during the off-season, which is a lot different than preseason or midseason. My day began around 6 or 7 am and the organization provided breakfast. Right after breakfast was time for rehab and strength and conditioning. We generally started in the clinic and then moved to the field where we did our return-to-throwing or similar type programs. After, we broke for lunch (also provided by the team organization), and then the team had practice. Anyone who still needed to finish rehab had the opportunity to finish then but usually, we used this time to clean the clinic and catch up on notes. After practice, players would come to us for ice, to cool down, and sometimes just to hang out. Our days generally ended around 4pm. If we wanted, we could go watch their fall ball games to check on their form or just go home.

Spring training is much more intense. Generally, it’s 10-12 hour days, 7 days a week, for 2 months. You can work up to 90 hours per week during the peak. Taking PTO is generally frowned upon. If the team has to be there, you’re expected to be there too. Everyone is grinding, you are right there along with them.

Are you on contract? Is the pay competitive?

Most jobs are by contract, generally for 1 to 3 years. There’s a pretty high turnover rate, so most people don’t stay super long. You do get a priority if you re-apply, especially if they like you. However most people only work 3 to 5 years before moving to clinicals. It takes a heavy hit to your social life, and it’s difficult if you’re trying to start a family. Really, the team becomes your sole friends and family. You get really close with the players and your coworkers. The time demand and the physical requirements are high. The people you’re working with are big - way bigger than general population patients -- so there’s a physical demand as well. There’s a reason the training room is filled with younger staff.

As far as pay, I really only know MLB. If you’re working in the major leagues, pay is generally between $70,000 and $100,000 a year. Those that have been around for a long time can make more. Supply and demand is a really big factor though. A lot of people are willing to work the job for low pay just for the experience. The team is also supplying you with food, clothing, equipment, and travel; so, there are other perks to working there that isn’t reflected in the pay. You don’t do it for the money. 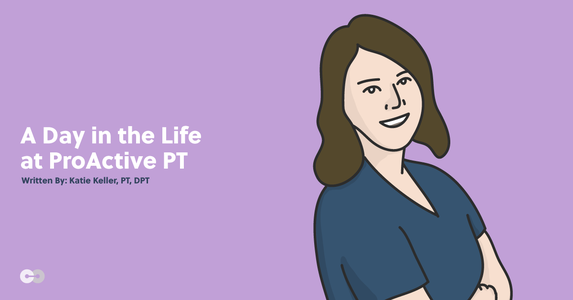 A Day in the Life at ProActive PT 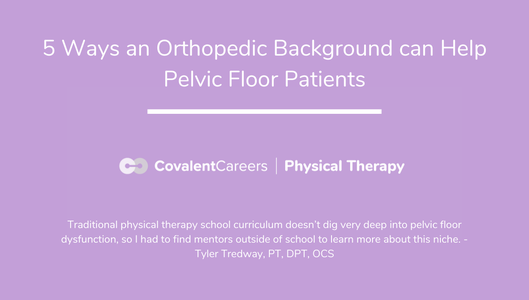