Should Optometrists Get an MBA?

There are many degrees that pair well with an OD. At VEE, we interviewed Dr. Cory Hakanen on why he chose to study for an MBA.

Hakanen got into optometry because he was drawn to the combination of science and human interaction, but as he began practicing he noticed that he was doing more internal consulting and working on the business side of optometry practices. “It got to a point where I was doing what I felt was my work in my office—where I’d be doing spreadsheets, or mentoring other doctors—and my staff would come get me to see a patient, it felt like it was interrupting my work,” he says. “And that was a weird feeling!”

Around that time, the state where he was practicing changed their laws, and many employment structures ended up being dissolved. This took away many of the internal business roles in the company where Hakanen was working, and he had to make a decision of whether he was going to stay in practice or in business. He decided that what he needed to do what he wanted was more education, specifically in business practices.

So instead of staying in one place, Hakanen went back to school for an MBA.

Should you continue practicing while studying for an MBA?

Hakanen says he didn’t go cold turkey on practicing, however. “I think a lot of what you have to weigh, when you go to get another degree as a doctor or anything else: by the time that you’re practicing, you have a certain standard of living,” he laughs. He continued practicing while studying for his degree, and then switched into consulting for an industry firm partway through the completion of the degree.

How do you know when you need or want another degree?

“I think it’s different for everybody,” says Hakanen. About a year after he graduated, he attended a keynote speech by Blake Kuwahara, founder of Kata eyewear. In this speech, Kuwahara described looking at the other doctors in his practice and realizing that they had been doing the exact same thing that he was doing—for thirty years. The fear of stagnation prompted Kuwahara to take a chance on a new career path, and now he’s a well-known name in the eyewear industry.

What other degrees or experiences would be beneficial for optometrists?

“I think a great one for optometrists is a Master’s of Public Health, an MPH,” says Hakanen. “I think optometry, as an industry, really could be doing a better job of getting the word out there about what we do, who we are, what we can do for our communities in a very big, public way.” Law school is also a good option for optometrists interested in involvement and professional advocacy, because the industry can always use people who understand policy as well as medicine.

“Other than that, there’s always the PhD,” says Hakanen, and this can be a good path for optometrists interested in research and pushing the edge of the field. “We always need new vision scientists, we always need more optometrists doing research to expand our field.”

When should optometrists go for these extra degrees: during grad school, or while practicing?

“I do think it’s actually pretty doable to do it as a student,” Hakanen says, because in college and optometry school you’re already conditioned to focus on study and test-taking, whereas it can be extremely difficult to return to that once you’ve been practicing for a while.

Hakanen found getting back into the swing of studying fairly easy, in part because he hadn’t been out of school for very long, and also because he considers himself a lifelong learner. “I do think that the work-life balance was different,” he says. “As a student, you’re really accustomed to doing work all the time.”

Do you need the GRE to return to school?

Many schools won’t require the GRE for professionals with graduate degrees who have been practicing for a certain period of time. Some programs have prerequisites, but many of those are easily fulfilled. “I took [the GRE] because a lot of scholarships are based on the GRE, or reduced tuition rates,” says Hakanen. It wasn’t particularly hard, especially compared to the OAT, he says, “But it was still another standardized test!”

Do you feel like an extra degree adds to your financial bottom line, or career satisfaction?

“I think both,” says Hakanen. “In terms of salary, it doesn’t necessarily add to your bottom line.” He suggests considering a degree like you would a residency: it won’t necessarily increase your bottom level pay, but it can help you get the job you want.

“There’s all sorts of studies about MPH, MBA, law degrees, and how much they will add as a secondary degree, and I think there’s a lot of value in that,” he says. But for private practitioners, it still remains up to you to leverage that degree in a way that’s useful.

What last advice do you have for new grads?

“I would say the final note would be: if you think you don’t want to spend your entire career in an exam room, seeing patients in the dark, dim light—that’s fine!” Hakanen says. “There’s no problem with that.”

Hakanen urges new ODs to think about what kind of career they want, and explore the options and requirements that could lead them to that career. “An additional degree is a very helpful way to help you skip a lot of hurdles, but it’s not absolutely necessary in a lot of cases.” 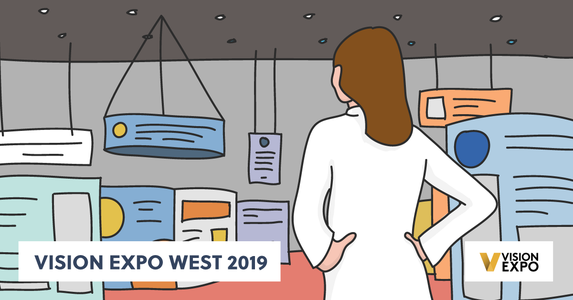 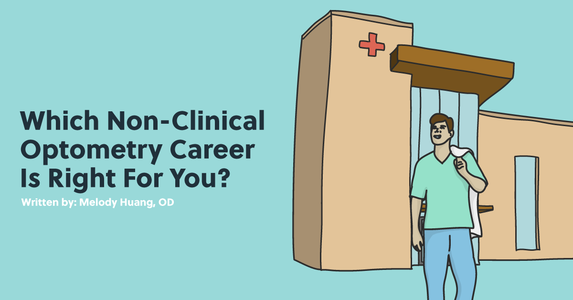 Which Non-Clinical Optometry Career is Right for You?