In this video interview, we sit down with Dr. Fayiz Mahgoub and talk all about optometry and entrepreneurship and what that means.

In this video interview, we talk to Dr. Fayiz Mahgoub on optometry and entrepreneurship.

“Entrepreneurship was something that was really a part of me finding optometry,” says Dr. Fayiz Mahgoub, OD. “I really wanted to be in an opportunity where I was really the master of my own destiny and I was in control of my future and I saw entrepreneurship as being a really great vehicle for that.”

In a conversation with Dr. Matt Geller, Dr. Mahgoub, who is going into practice in Boulder and is also the chief creative officer at Defocus Media, gives his thoughts on “entrepreneurial IQ”.

According to Dr. Mahgoub, he admired the private-practice doctors he shadowed before optometry school for their ability to effectively balance and integrate their entrepreneurship with their clinical practice. He saw how these entrepreneurial skills gave these doctors more control over patient care. Simultaneously, Dr. Mahgoub was developing an interest in aspects of entrepreneurship beyond the specific context of optometry.

One thing Dr. Mahgoub likes about learning entrepreneurship is the vast array of resources available to him. Because there’s a great deal of interest in this topic, there are a wide variety of resources to consult. “There are people who have offered insight on many different levels,” including practitioners and other people in industries both within and outside of health care. There are a variety of audiobooks, podcasts, and even YouTube videos worth consulting – for example, both Stanford Business School and Harvard Business School have put some of their lectures up on YouTube, available free to watch.

Another example Dr. Mahgoub gives of a resource that has helped him is a workshop he attended at his university for both graduate students and undergraduates, organized by the non-profit organization Three-Day Startup. Over the course of a weekend, participants broke up into groups of 5-6 people, pitched potential ideas to each other, chose one of these ideas as having the most potential, and decided upon the most effective way to implement it.

His advice on how to get started:

“Just increase your general knowledge. I feel like once you learn more, more ideas will come into your head.”

As Dr. Geller observes, there is not enough proactive entrepreneurship in the field of optometry, and optometrists instead spend much of their time reacting to disruptive developments originating in other fields. Dr. Mahgoub thinks this should change. His belief in a proactive approach within the optometry business extends to advocacy as well. According to him, advocacy “really means protecting the profession, protecting our patients. It’s something that is a duty; so, it’s not a ‘nice-to-have’; it’s a ‘need-to-have’ for our profession.” 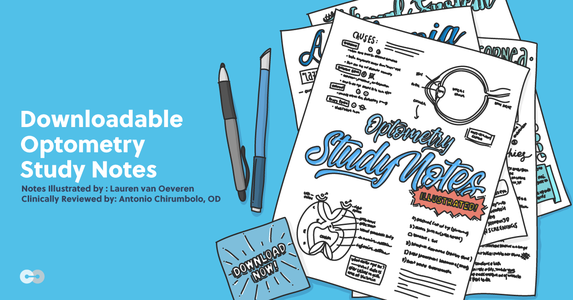