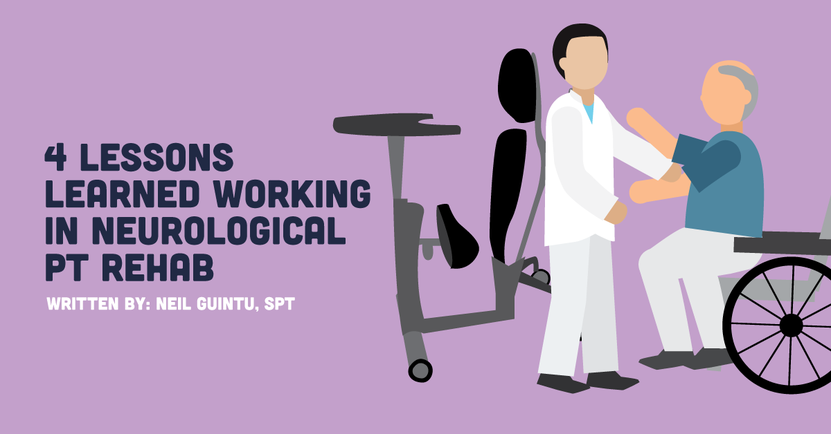 When I first applied to work as a physical therapy aide in outpatient neurological rehabilitation, I never would have thought that I would have the kind of experience that I did. I had heard of diagnoses such as Multiple Sclerosis, Parkinson's Disease, CVAs and Spinal Cord Injuries, but I never expected to work with people living with these conditions day to day. I did not expect to have the opportunity to work with people living with rare neurological diseases such as amyotrophic lateral sclerosis or even post polio syndrome. Here I am, 4 years later, and I'm feeling more than lucky to work in this specialty. Even more so, I'm fortunate enough to have learned eye-opening lessons that have come with working as a physical therapy aide while attending physical therapy school in this field.

With this article I hope to share with you the insights that I have gained while working in neurological rehabilitation, and hopefully inspire you to work in a field that has so much to offer.

1. Guarding and transferring is a craft.

When it comes to the neurological population, the abilities to safely guard and transfer patients become essential skills. These skills become especially important in a population that often utilizes gait training. As patients relearn to walk, it's important to not only be ready to catch them before they fall, but to help decrease their fear as they learn relatively new movement patterns. Patients who aren't gait training are often wheelchair bound, but they shouldn't be limited to wheelchair exercises. With these patients, I truly learned how to transfer from various positions to various surfaces. Wheelchair to plinthe, plinthe to standing frame, standing frame to recumbent bicycle, you name it. Throw in variables such as spasticity, minimal assistance, and/or decreased cognition and you will truly learn how to efficiently transfer with your own body mechanics.

2. Neuro rehab will test your practice and your patience.

Neuroplasticity is the nervous system's ability to reorganize itself to form new connections. Neuroplasticity doesn't occur over just a couple of seconds or minutes. Give a person with a neurological insult months to practice a movement or skill and neuroplastic benefits may become obvious. In my 4 years working in neuro rehab, I've seen many people accomplish great feats; from being able to bring themselves up to sitting from side lying to being able to take a few steps independently. Time and time again, these feats continue to prove the significance of practice and patience in neuro rehab.

It's one thing to read about signs and symptoms of a central nervous system disorder, and another thing to see them up close and in person. As a student physical therapist, I couldn't believe it when I first saw clonus. I've heard about it in lectures and I knew what to expect, but to see how a person's foot actually beats against resistance was something else. Increased muscle tone was another. One would think that you might be able pull someone's limb out of hypertonia, but it is nearly impossible if you try. Often in PT school, we practice on fairly healthy individuals who rarely have a neurological condition. Working in neuro rehab provided the ability to forge didactic neuromuscular information with real life presentations.

4. Be grateful for movement.

Arguably one of the most important insights I've gained from working in neuro rehab is gratitude for movement. Neurodegenerative diseases deteriorate a person's nervous system and often prevent that person from truly returning to his or her previous ability to move. I've worked with plenty of patients who were once very active early in their lives but are now limited to power wheelchairs. I've seen many patients living with Multiple Sclerosis do well one week, but have extreme difficulty moving the next week. Working in neuro rehab has been humbling and inspiring because I get to witness patients continue to prove that they can return to their previous selves, if not better. By working in neuro rehab, I've gained an infinite amount of gratitude for being able to move and for being able to help others move so that they can live their best lives possible.

The lessons of neuro rehab

If you have ever wondered what it is like to work in neuro rehab, these were four lessons I acquired along the way. You'll see a breadth of diagnoses not commonly seen in outpatient practices, understand how essential guarding, transferring, practice and patience are, and you may truly realize your gratitude for movement. Neuro rehab may have a lot to offer you as it did for me! 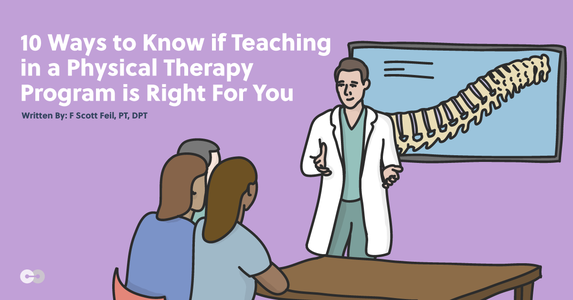 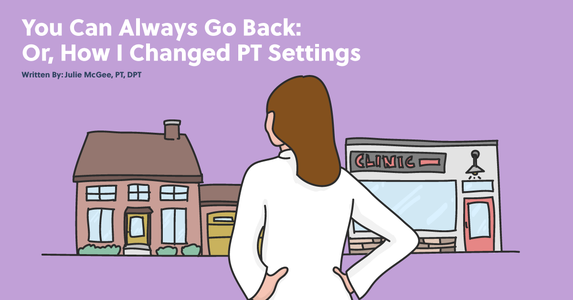 You Can Always Go Back: Or, How I Changed Physical Therapy Settings