Despite the extensive use of metformin as a blood sugar control strategy for diabetic patients, there's still quite a lot we don't know about this drug. Recent studies have shown some surprising results—here's what you should know. 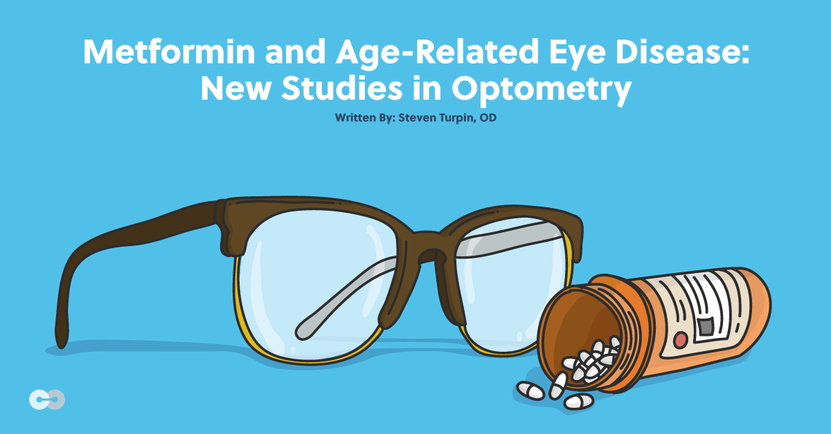 If you’ve got a type 2 diabetic in your exam chair and they are taking medication as part of the blood sugar control strategy, chances are pretty good it's metformin. Despite its extensive use, there’s still a lot we don’t know about how it works.

As of now, it is understood that metformin reduces gluconeogenesis in the liver (in part) through activation of AMP-kinase (AMPK). In the absence of metformin, AMPK is activated when the ratio between AMP and ATP increases. This can result from either a reduction in the production of ATP or an increased use of ATP. Either way, less ATP relative to AMP results in AMPK activation. In the end, AMPK is turned on when the cell thinks it is low on energy resources. There is some evidence that metformin acts on AMPK independent pathways as well.

Regardless of our poor understanding of all of the actions the drug has, we are discovering some interesting trends for those taking it.

Probably the least surprising findings of studies involving metformin and ocular disease are those on diabetic retinopathy. A study comparing two groups of diabetic patients, one group taking metformin and one group that wasn’t, found the group taking metformin was less likely to have severe retinopathy and also less likely to require panretinal photocoagulation.1 The caveat to this particular study was that those not taking metformin were much more likely to be taking supplemental insulin, often an indication of more severe disease. However, in a more recent study that controlled for insulin use, only 25% of the metformin users in the study developed serve or proliferative retinopathy, while 47% of non-metformin users developed these levels of disease.2

As before, the exact mechanism of protection is unknown, but researchers have a few clues. In one study of mice that modelled diabetic retinopathy, metformin was shown to reduce VEGF signalling pathways through non-AMPK action, resulting in less severe retinopathy compared to the group not receiving metformin.3 Additionally, endothelial cell driven angiogenesis has been shown to be reduced by metformin through AMPK mediated pathways.4 Given the results, metformin likely acts in a number of different ways to help maintain blood vessel health and reduce neovascularization in diabetic patients.

A less obvious phenomenon of metformin might be its association with decreased risk of glaucoma development in diabetic patients. In a retrospective study, individuals taking metformin showed a dose-dependent reduction in glaucoma development compared to controls. Those taking a dose of 2 grams a day had a 13% absolute risk reduction over a 2 year period compared to those not taking the drug.5 The initial assumption was that better blood sugar control was likely helping maintain neuronal health However, no other antidiabetic medication showed an effect similar to that metformin.6 Studies in areas of dementia and Alzheimer's suggest that metformin may offer some neuroprotection through AMPK mediated pathways that restore energy balance to the neurons and reduce metabolic/inflammatory waste.

By now, it's likely not surprising that metformin has also been shown to be protective in terms of Age-Related Macular Degeneration (AMD). In a study that controlled for age, gender, other health conditions, metformin use was shown to reduce the relative risk of developing AMD by 50%.7 The association was also dose-dependent. One could argue that metformin’s protective effects in AMD are likely the same as the anti angiogenesis effects hypothesized in diabetic retinopathy. However, in vivo studies in mice on metformin, photoreceptors, and RPE cells showed increased AMPK activity in both cell types was a robust protector against acute injury.8

Given the results of these recent studies, a number of questions naturally arise. How can I implement this information into clinical practice? Is this effect only observed in diabetics? If it primarily has a protective effect, should I be prescribing metformin to those without obvious disease? Is it even safe or ethical to do so? These questions and the multitudes of others should be asked—and many of them we don’t currently have answers for.

A potential way to get around the questions involving taking metformin would be to simply look at other ways to simulate the effects of the drug. If we are able to induce AMPK stimulation and other desirable cellular processes without the drug, that could be a win win.

The most obvious way to do this is through calorie restriction or fasting. Many of the characteristics of cell metabolism on metformin are identical to those seen in fasted individuals. It’s a well established phenomenon that calorie restriction extends life in many different models, so why shouldn’t it also protect against diseases with age as the strongest risk factor? In terms of the evidence, it appears to do just that.

Great. So we’re all going to prescribe fasting regimens to otherwise healthy patients to prevent ocular disease way down the road, right? Well, as of now, our understanding of dosing and frequency of fasting or calories restriction is very limited due to the fact that our ability to measure the desired effects on cellular metabolism without having cut someone open to take the cells out and evaluate them is pretty limited. And if it takes a 7 day fast to get the protective effect we desire, I think we’re in trouble.

That brings us back to metformin. It’s a relatively cheap drug we can prescribe without significant lifestyle modification. Should we prescribe it preventatively? Personally, I’m not recommending it to patients at this time. As we learn more about how to simulate the effects of metformin through other means like diet, exercise, etc., we can implement those strategies as a preventive measure and avoid potential side effects. 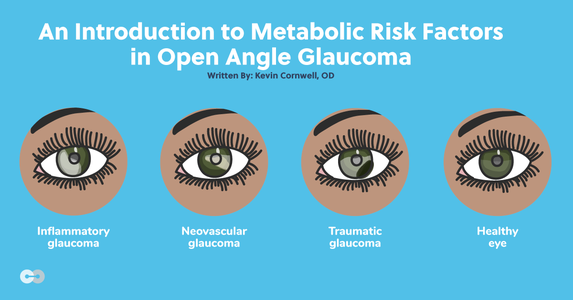 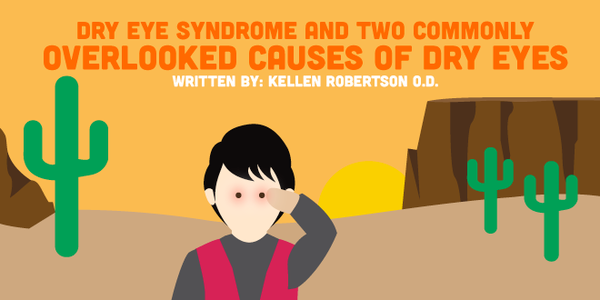