by Nour Yanna Atassi MS and Alanna Nattis, DO, FAAO

Though rare, Acanthamoeba Keratitis is associated with the use of a contaminated water source. Take this brief review course to learn about the diagnosis and treatment of this debilitating ocular infection.

Acanthamoeba Keratitis (AK) is a debilitating ocular infection that can present at any age. Although rare, it is often associated with contaminated contact lens solution or water source. The treatment plan for AK is often complex; favorable prognosis is vitally dependent on early and accurate diagnosis. However, even with careful diagnosis and prompt management, treatment and eradication of AK remains a challenge to the ophthalmologist. In view of the potentially devastating effects of Acanthamoeba Keratitis, here we present an important overview of AK disease presentation, progression, as well as traditional and novel therapies available.

Take the quiz to test your knowledge!

Acanthamoeba Keratitis (AK) is a protozoal ocular infection, which can have a major impact on both vision and quality of life.   AK is seen most often in contact lens wearers or patients with exposure to contaminated water. It is considered a rare infection and is included in the Orphanet database with an estimated prevalence of 1–9/100,000.1,2 Nevertheless, the potential visual and ocular devastation it can cause makes AK worthwhile to discuss as it can lead to debilitating vision loss if not considered in a differential diagnosis.

In ophthalmology practice, AK’s clinical presentation often manifests as intense pain out of proportion to exam findings; it may also present with a late onset stromal ring-shaped infiltrate.1 Patients can also experience tearing, photophobia, epithelial defect, and lid edema. However, stereotypical signs and symptoms may not be present in early disease. A high index of suspicion is necessary to identify Acanthamoeba keratitis early enough to successfully manage.

Due to symptomatic similarities with viral and bacterial keratitis, early diagnosis of AK has been historically evasive.  In fact, early stage AK is frequently mistaken for herpes simplex keratitis with similar symptoms that include pain, photophobia, and watery eyes.3 Oftentimes this will delay diagnosis and potentially worsen visual prognosis.

The virulence factors for AK include production of proteases that assist the protozoa in degrading the corneal stroma and damaging deeper corneal tissues.1 In later stage disease, the amoeba will infiltrate the stroma and possibly surrounding tissue (i.e. sclera, episclera) and subsequently make treatment and organism eradication more difficult.1 Additionally, delayed diagnosis usually contributes to a low cure rate. The resistant cyst stage of Acanthamoeba also adds to the challenging nature of AK.1  The cysts are able to survive under adverse environments, whether it be nutrient deficiency or exposure to noxious chemicals or systems.1 Therefore, even extended treatment with anti-acanthamoeba therapies can give a false sense of security of ‘curing’ the condition and can lead to an unpleasant surprise to the clinician upon cessation of therapy.

AK’s elusive diagnostic proclivity frequently leads to patients experiencing days to weeks of ineffective—and in some cases, potentially harmful—high dose steroid therapy, which can in fact worsen the infection.1-4 The use of steroid treatment has remained a controversial discussion, given the need to treat the intense inflammatory/pain response experienced by patients, while avoiding the spread and increasing infectious burden of the organism.1-4

An example of this is a case of a 4-year-old female with initial working diagnosis of HSV keratitis of the left eye.5 After empiric antiviral and steroid therapy, she initially responded favorably but then worsened after tapering steroids.5 Months later, the keratitis recurred and diagnostic corneal scrapings confirmed AK.5 Despite topical PHMB and hexamidine eye drops, the infection progressed to ulceration and perforation requiring emergent corneal transplant. Fortunately, the patient did well following surgery and eventually tapered off a combination of steroidal, antibiotic and biguanide therapy.5 This case highlights the often-nebulous nature of AK diagnosis, which may lead to delayed proper treatment protocols.

The goals of Acanthamoeba Keratitis therapy are centered on (1) eradication of the Acanthamoeba cysts and trophozoites from corneal tissue and (2) resolution of the host inflammatory response.6 Previous reviews have indicated that early intensive treatment is more efficient at eradication of the cysts since it does not allow the cysts to penetrate deeper into the corneal tissue or mature.6 The standard mode of treatment for AK consists of early use of diamides (e.g., propamidine isethionate, dibromopropamidine, and hexamidine) and biguanides (e.g., polyhexamethylene biguanide (PHMB) and chlorhexidine).4 However, it is vital that treatment with these agents occurs in an early time frame. These drugs attack the acanthamoeba trophozoites, but may not be fully efficacious against the cystic form.4,6

Medications such as systemic miltefosine and voriconazole have been introduced as potential successful therapies for AK; however, treatment comes with possible adverse effects, most notably, a severe inflammatory reaction which could potentially worsen a patient’s prognosis.7-11 In addition, periodic liver function testing is necessary; it is important to discuss systemic treatment with the primary care providers as well.8-11

Systemic miltefosine was initially formulated as an antineoplastic agent, but its use has widened to include treatment of protozoal infections, such as Leishmaniasis, Trypanosoma, and Entamoeba histolytica.8-11 It has recently been noted as a novel agent for AK in that in vitro studies have demonstrated 100% eradication of trophozoites with varying cysticidal activity.8-11 This finding led the FDA to grant miltefosine (Impavido, Profounda, Inc) orphan drug designation for AK treatment. Since this designation, there have been several case reports demonstrating its successful use in AK.8-11 Concomitant medications should be reviewed prior to starting treatment due to the possible elevation of liver enzymes; patients should be warned of possible side effects, such as nausea and vomiting.8-11

Oral voriconazole has known in vitro activity against a large variety of fungi, but it has also been found to be useful systemically and topically in cases of AK.12,13 The studies vary on indication of use for voriconazole, with some case reports reserving use for drug-resistant strains of AK alongside chlorhexidine.12,13 Other administration techniques for voriconazole include intracameral, intrastromal, and a combination of oral and topical.14 This ‘combination’ technique was proven successful in a case of a combined Acanthamoeba and fungal corneal ulcer.14 It should be noted that several studies indicate higher rates of efficacy of voriconazole against A. polyphaga, reportedly one of the more common strains to cause infection.15,16 A 2018 study demonstrated that topical voriconazole inhibited in vitro Acanthamoeba polyphaga trophozoite (but not cyst) proliferation in rat corneas.16 Current literature pertaining to voriconazole use, whether oral or topical form, is limited to case reports and few in vitro studies. Nevertheless, data provided regarding success rates with this medication can help guide therapy in recalcitrant cases of AK.

Studies have introduced the possibility of corneal collagen crosslinking (CXL) with riboflavin and UV-A light as a treatment for AK.19 While there have been some reports of successful use of CXL for bacterial and viral keratitis, CXL might not be as successful against the cystic form of Acanthamoeba, which even medications have difficulty eradicating.19 For example, a study evaluating the efficacy of CXL for AK therapy in rabbits resulted in worsening of disease in eyes treated with CXL.19

Inasmuch as CXL may be considered as a possible therapeutic option for AK, there have also been some case reports of Acanthamoeba keratitis following corneal collagen cross-linking procedures.2,18,20,21 There are two notable case reports where 2 young patients (32 and 28 years old, respectively) developed AK post-CXL after flushing the eye with tap water with a bandage contact lens still in place.2,21 It was hypothesized in one of the cases, that keratocyte apoptosis induced by UV light from CXL, as well as frequent application of topical anesthetic during the procedure and instillation of topical NSAID lead to a corneal melt.21 Fortunately, current literature is sparse regarding cases of AK post-CXL. However, what these case reports have in common is the manifestation of symptoms and infection only days after the CXL procedure; there is usually a history of poor contact lens hygiene and/or exposure to contaminated water sources. As CXL is becoming standard of care for progressive corneal ectasia (i.e. keratoconus, pellucid marginal degeneration and post-LASIK ectasia), it is important for corneal specialists to be aware of this risk.18,20

It is important to take a stepwise, thoughtful approach to treatment of Acanthamoeba keratitis. Culture and sensitivity, corneal biopsy and confocal microscopy can serve as guidance for treatment.22-25 Aggressive medical therapy is indicated at the time of diagnosis and discussion with the patient regarding the gravity of the condition and duration of treatment, including risk of infection recurrence, is important. Should medical therapy fail, or if there is development of deep corneal ulceration, abscess and/or perforation, therapeutic keratoplasty (TPK) may be indicated. However, if the eye has excessive inflammation at the time of surgery, there is a risk of graft failure and need for repeat surgery—this should be reviewed in depth with the patient.22-25 In addition, anti-Acanthamoeba therapy (e.g. chlorhexidine, PHMB) may be required postoperatively. Above all, treatment regimens need to be as balanced as possible to limit ocular toxicity.

History of decreased corneal integrity—whether from an epithelial defect due to trauma, contact lens contamination, or post-procedural compromise—is a known risk factor for infectious keratitis. Although incidence of bacterial infection is more common, it is imperative for corneal surgeons to have a high index of suspicion for cases where patients may present with pain out of proportion to exam findings (i.e. keratoneuritis), and nonspecific epithelial and stromal findings that are incongruous with patient history. In addition, the use of a BCL exposes the patient to the increased risk of infection; patients should therefore be educated and monitored extremely carefully in these instances. All patients—especially contact lens wearers should be heavily advised on proper eye hygiene and care post-procedures (CXL included!), due to the serious visual and ocular compromise that can arise from AK infection.

Take the quiz to see what you've learned!

Nour Yanna Atassi is a medical student at New York Institute of Technology College of Osteopathic Medicine at Arkansas State University. A graduate of Loyola University Chicago she received her bachelor’s degree in English, with departmental honors. Later, she received her Master’s of Science degree in Biotechnology from Rush University in Chicago. Nour is active in research and has co-authored several papers and abstracts. 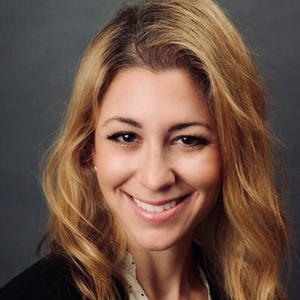 About Alanna Nattis, DO, FAAO

Dr. Alanna Nattis is a cornea, cataract and refractive surgeon, as well as Director of clinical research at SightMD. She also serves as an associate professor in ophthalmology and surgery at NYIT-College of Osteopathic Medicine. She completed a prestigious Ophthalmology residency at New York Medical College and gained vast experience with ophthalmic pathology in her training at both Westchester County Medical Center and Metropolitan Hospital Center in Manhattan.

Following her residency, she was chosen to be a cornea/refractive surgical fellow by one of the most sought after sub-specialty ophthalmic fellowships in the country, training with world renowned eye surgeons Dr. Henry Perry and Dr. Eric Donnenfeld.During residency and fellowship, Dr. Nattis published over 15 articles in peer reviewed journals, wrote 2 book chapters in ophthalmic textbooks, and has coauthored a landmark Ophthalmology textbook describing every type of eye surgical procedure performed, designed to help guide and teach surgical techniques to Ophthalmology residents and fellows. Additionally, she has been chosen to present over 20 research papers and posters at several national Ophthalmology conferences. In addition to her academic accomplishments, she is an expert in femtosecond laser cataract surgery, corneal refractive surgery including LASIK, PRK, laser resurfacing of the cornea, corneal crosslinking for keratoconus, corneal transplantation, and diagnosing and treating unusual corneal pathology. Dr. Nattis believes that communication and the physician-patient relationship is key when treating patients.

More by Alanna Nattis, DO, FAAO