How Switching Optometry EHRs Can Boost Your Practice 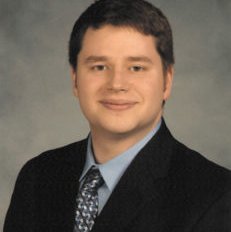 These charts and graphs help explain how and why switching optometry EHRs can sometimes have a tremendous impact on practice efficiency and profitability. 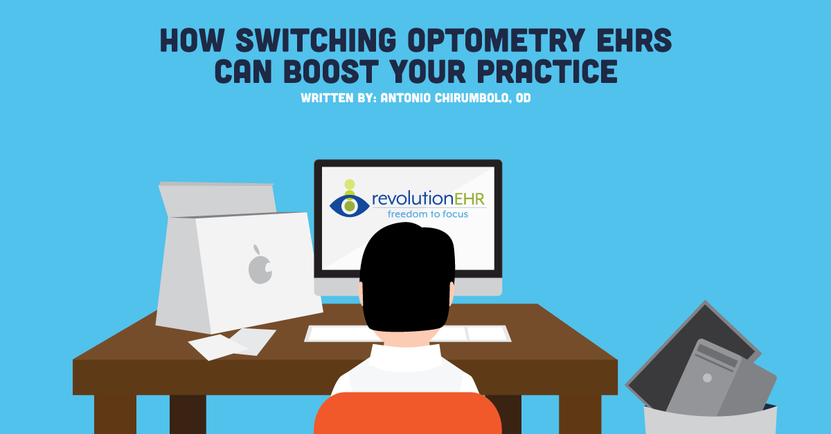 There are many optometry EHRs out there to choose from. Sometimes it can be difficult to decide which one might be best for your practice.

We’ve all been in situations where we wished our optometry EHR could do something more, or maybe differently, that would make practicing easier and more efficient.

Choosing an optometry EHR is a really big decision. Once you’ve made that decision, it might seem like there is no turning back because it will essentially be the engine running your entire practice.

Figure 1: A General EHR Survey of Optometrists and Optometry Students by NewGradOptometry. {Click to enlarge}

Knowing when it’s time to change your optometry EHR because it lacks certain features, or maybe just isn’t the best fit anymore for your growing practice is extremely challenging because of the investment in time and resources to make the change.

However, in many cases, changing your optometry EHR can have a massive impact on your practice, especially if your current EHR is not meeting your needs. An EHR is one of the biggest assets a practice has when it comes to practice management. It can truly be transformative when it comes to practicing efficiently, and understanding the weaknesses and strengths of your business in its ability to capture and help you analyze key performance indicators.

CovalentCareers conducted a survey of its users and asked participants to report their biggest concern in regards to switching optometry EHRs. A lack of familiarity and loss of productivity were two of the most common barriers to switching EHRs which might not come as a surprise. The biggest barrier to switching, however, was the fear of losing patient data.

Figure 2: A General EHR Survey of Optometrists and Optometry Students by NewGradOptometry. {Click to enlarge}

So, what would be enough to motivate a practice owner to switch EHRs? We probed deeper in our survey and found the following (Figure 2). Discovering another EHR that offers better features and support was the number one most reported answer.

In this article, we sat down with Dr. Craig Sylte, asked how he knew when it was time to switch his optometry EHR, and what ultimately led him to choosing RevolutionEHR.

I used one optometry EHR system when I was a student. When I started practice, we were using paper charts, and then adopted our first optometry EHR in 2011. We stayed with this system until we ultimately switched to RevolutionEHR in February of 2018.

There are many reasons why practice owners might be hesitant to switch EHRs.

Change is hard. We had used our previous system for close to seven years before switching. We knew that we would have to invest a major amount of time in retraining the whole staff and there would be significant costs involved directly with the change. Beyond that, there would be indirect cost associated with reducing our schedule when the EHR went live to allow extra time for training.

I had been involved in our change from paper charts to EHR, and the clinic had been around for about 30 years at that point, so there were tons of charts that took years to get scanned and uploaded to our old system. The prospect of having to go through so much data conversion and reentry again was not appealing, but we knew it would only get worse if we waited.

What drove our desire to change were some major frustrations with the previous optometry EHR(s) we had been using.

A major frustration for us was that we were running a server-based system between two clinics that shared lots of patients, and there was no way for the systems to communicate with one another.

The analytics capability seemed to be severely lacking and made it extremely tedious to calculate any industry standard performance metrics. We were promised improvements and new features from the start, but they either took way longer than we were told or never came about at all. We continually felt like we were told to just hang on because greatness was just around the corner.

RevolutionEHR provides the capability to create custom reports on the precise information you need to understand and evaluate key performance indicators and review business data for practice analysis. Learn more about these reporting capabilities.

RevolutionEHR has been a leader in the space for a long time, especially when it comes to cloud-based options. This alone solved some of our frustrations. It took away the burden to keep servers up-to-date, maintained secure VPN connections so that we could access our offices remotely, and made access more reliable.

I had been following the company and their product for quite some time, and I got the impression that they frequently updated and improved their core product. They have a broader user base compared to our old system, and partnerships and integrations with the vendors and equipment that we use.

Figure 3: A General EHR Survey of Optometrists and Optometry Students by NewGradOptometry. {Click to enlarge}

One of the biggest advantages RevolutionEHR had over our old system was how they handle reporting and data tracking which makes it much easier to run the back end of the business.

Part of our decision was largely based on practice management / business solutions available with RevolutionEHR.

Since I had been through one EHR implementation I had seen some of the pitfalls that made it more difficult than it should have been. Due to this we wanted to be sure that whatever company we chose would have a great plan and support in place to make this change as seamless as possible.

Figure 4: A General EHR Survey of Optometrists and Optometry Students by NewGradOptometry. {Click to enlarge}

We like the amount of additional services that RevolutionEHR offers, such as RevAspire, which has been phenomenal for us to navigate the implementation of MIPS. We will most likely not only avoid any penalty but thanks to them we expect to get an increase in reimbursement.

In our survey, we asked users to weigh in on the most attractive capabilities of an optometry EHR (Figure 4). A majority of users at 59.1% reported an all in one system was the most coveted feature.

Here are all of the great business and practice management solutions offered by RevolutionEHR. As well as an in-depth article and video that highlights RevConnect, a patient engagement and recall system developed by RevolutionEHR.

We knew we made the right decision when it came time to make the switch.

RevolutionEHR supplies new users with a specialist that guides your office through the whole process from training to going live. Of course I can’t speak for everybody, but the person we got to work with was phenomenal. She spoke with myself and our office manager at length to find out how our practice operated, what our employees were like, our concerns about the process, etc. After that she supplied us with a specific training plan for the clinic and another plan for each type of employee— technician, optician, insurance team, etc.

Early on we committed to following their plan as closely as possible. We knew that RevolutionEHR had helped countless practices through this transition and they are the experts so we let them do their job. Our entire team would follow up with her weekly and the management team was in constant contact with her. Once it was time to go live, we started with a reduced schedule but had a strategy in place to quickly ramp back up to our regular pace. The planning, preparation, and support made it possible to do this and minimize the time we had to use the reduced schedule.

There was very minimal data loss, and it was in non-critical areas. We do refer back to our old system to access old documents that we knew would not be transferred, but RevolutionEHR was able to bring over more information from our old system than almost any other EHR company said they would have been able to.

Making the switch to RevolutionEHR has helped our practice’s efficiency and general patient flow.

The bookkeeping and monthly reporting is exponentially faster than it used to be. The services offered by RevolutionEHR for governmental compliance with MIPS has already saved me many hours. One of the nicest features that we use all the time is the built in ability to send secure messages and assign tasks to other team members. I no longer have sticky notes all over my desk asking me to do things or have to make time to talk to a specific optician about something. I simply get assigned a task to update a contact lens Rx, and I can do it at any time, click complete, and then the optician takes care of the rest, all without me having to track them down!

Upon changing, general patient flow, remarkably enough, was about the same or better than it was with our old system. I say remarkably because we had been with the old system for seven years prior to switching to RevolutionEHR, and the fact that our patient flow wasn't hindered by starting on a brand new system really was quite impressive. I think most people would agree that the first twelve to eighteen months using a new system are the most difficult, so having a system that could seamlessly be implemented without hindering patient flow and thus our efficiency was a tremendous benefit of choosing RevolutionEHR.

Learn about what RevolutionEHR can bring to your practice! 💻

We have a direct partnership with RevolutionEHR! 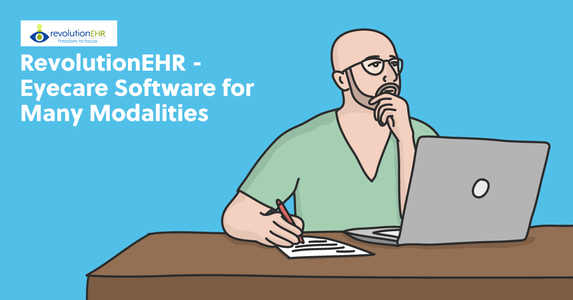 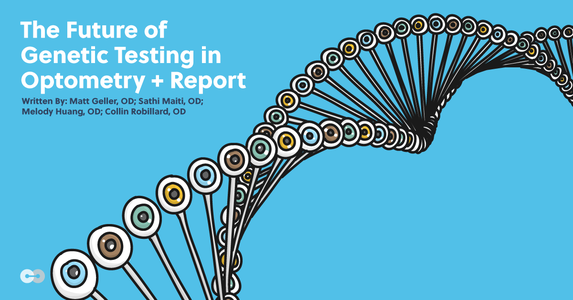 The Future of Genetic Testing in Optometry + Report 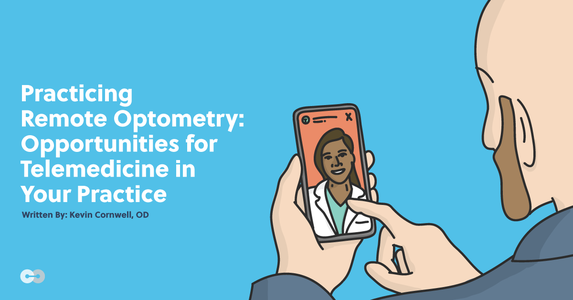 Practicing Remote Optometry: Opportunities for Telemedicine in Your Practice

Discover the benefits of RevolutionEHR!

Fill out this form and a team member from RevolutionEHR will contact you within 24 hours!