Gender and the Optometry Wage Gap 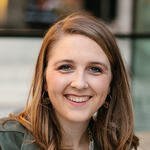 Addressing the gender wage gap in optometry is the first step to closing it! Kate Hamm discusses the results of an industry salary survey and ideas for change. 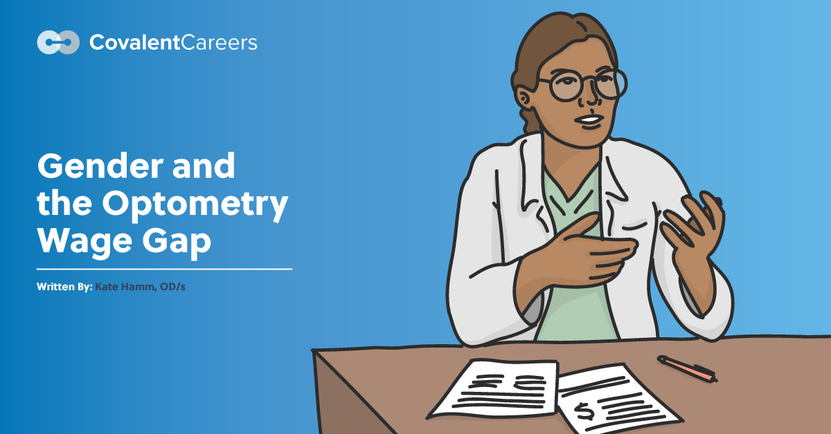 It's finally the end of your fourth year or residency; it’s time for you to head out into the real world and begin practicing! When someone asks what excites you most about beginning your career as an OD, many things rush through your head about caring for patients and impacting your community.

In reality though, after years of living off of student loans, there is a sweet excitement and relief that comes along with receiving your first paycheck. It seems like a no-brainer that all people would be equally compensated for the time and effort put in during school, regardless of gender. But that’s not the case.

What is the optometry wage gap?

Female optometry students make up 67% of the student population and continue to increase in percentage as practicing ODs, yet they’re making 25% less than male optometrists. This difference in salaries is referred to as the wage gap. If you are saying to yourself, “no way, that can’t be happening,” or, “I haven’t felt it, so I doubt this is true,” keep reading.

The wage gap may seem elusive, but we now have data from the largest study of compensation in optometry that investigated the current compensation landscape. This study revealed groundbreaking information that shows the wage gap within optometry is real and that negotiation is crucial in reducing the gender-based difference in compensation.

In the summer of 2018, the largest study into optometrists’ compensation was conducted by the Optometry Compensation Study Group or OCSG. We distributed an online survey to doctors in 50 states and had over 800 useable responses. Questions were asked about:

With this information, we are able to truly investigate the wage gap in optometry and identify factors that may contribute to decreasing the wage gap.

First, it is important to define the wage gap within optometry. It will help keep all of us on the same page as we work through these new findings. The wage gap is defined as the difference in pay received by men and women. For our study, we wanted to control for factors such as part-time and full-time employment as well as the length of time spent practicing.

A full-time male optometrist makes approximately $40,000 more per year than a full-time female optometrist. If we just look at full-time, new graduate optometrists within their first five years of practice, full-time male optometrists made approximately $8,500 more per year than their full-time female counterparts. This amounts to a new graduate wage gap of about 7%, which is less than the 25% wage gap found across the profession overall but is still statistically significant. Research is continuing to determine the exact reason for this change throughout practice time, but at the moment let’s talk more about the wage gap in the profession as a whole. 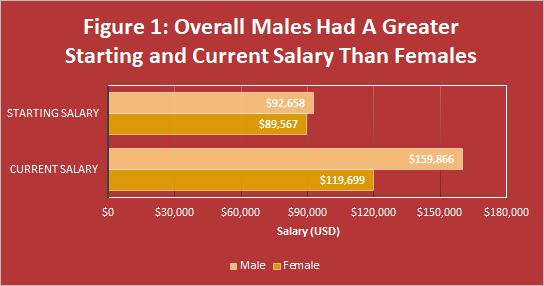 Women are giving away 500 hours of free labor per year compared to their male counterparts. It is 2019, and we are still dealing with this? Take a breath, we’re upset too, but we have some ways that may make up for this discrepancy. 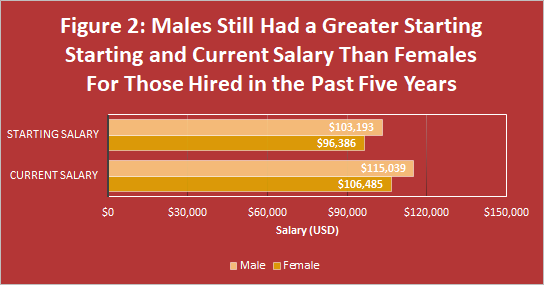 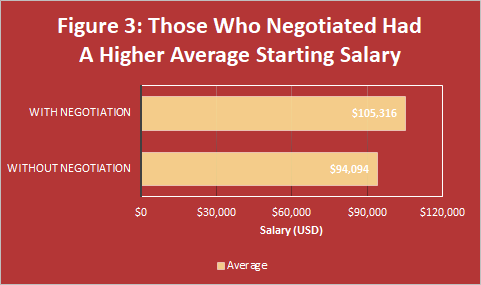 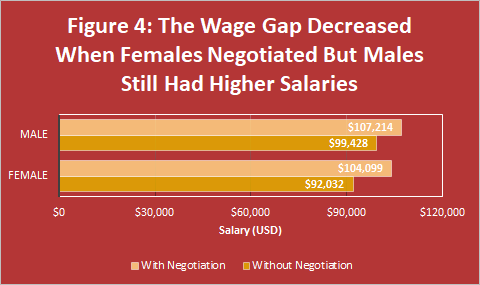 Negotiation can seem really scary. You want to show appreciation for being considered by a practice, but you also want to be compensated well for the time and effort you put in to become an optometrist. For some advice about negotiation, we consulted with an expert who has helped people all over the country negotiate for the salaries they deserve. Dr. Mark Phebus, with 20/20 Consulting, offered his five best tips to know when negotiating your salary.

EVERYONE should negotiate EVERY offer. Independent negotiations are 80% successful yet only 1 in 3 millennials actually try.

Have a well thought out plan for what to ask for and how to ask for it while being respectful of your future employer.

3. The worst they’ll say is no

If you follow number 2, losing the offer is never in play. The worst that can happen is the employer gives part of your request or says no outright. But respectfully negotiating is never offensive.

4. Not all raises are earned by negotiating salary

Paid leave and miscellaneous benefits are just as important as a good base salary.

If you think these five tips just aren’t enough, or you want a more personalized negotiation plan, never fear! Reach out to a negotiation consultant. You can reach Mark for more negotiation and contract review tips at 2020consultingod@gmail.com.

We firmly believe in using as many tools as you can to achieve your goals. We have even more tips for salary negotiation from the COO of CovalentCareers, Brett Kestenbaum!

Now we have come to the time for you to put all of this into practice. You will soon receive a contract and be overjoyed with the entire offer. You may feel like you are satisfied enough to sign on the dotted line without negotiating. Remember: no matter the offer, negotiate.

In order for us to continue working towards equal pay, everyone must negotiate. Money may be left sitting on the table if you don’t negotiate, and you won’t get that money in your pocket unless you ask. You deserve to be paid fairly for the knowledge and abilities that you already have and for the incredible doctor you will certainly become.

“Being compensated less for the same work can go unnoticed if we don’t talk about it together.”

This information is the first round of data that the OCSG has published. We aren’t done yet. Keep looking out for more information about the wage gap and different ways that it’s broken down. If you are interested in learning more about the published poster describing this research, go ahead and click here.

All of this information can be overwhelming. It isn’t easy to look critically at a profession you love. It can be confusing and frustrating. It’s easier to choose not to negotiate or choose not to challenge current compensation norms. We get that this is not a fun thing. When hearing about the wage gap for the first time, it’s easy to think that it doesn’t exist in your area, or it isn’t happening to you. But it would be nearly impossible for you alone to talk to every doctor in your area and ask each one about their compensation. That’s why we did it for you!

Our data came from people just like you in your area, in your graduating class, other friends throughout the profession, or even directly from you! Being compensated less for the same work can go unnoticed if we don’t talk about it together. The numbers show that it’s time for us to stare down this disparity in pay and choose to be the generation that closes the wage gap.

Want to learn more? Watch the YouTube Live with the author!

After graduating from UMSL College of Optometry in 2019, Dr. Kate Hamm, OD began practicing at a private practice in Wichita, KS. Optometry and women’s equality are Kate’s passions. She volunteers with the Kansas Optometric Association, co-hosts a podcast on Defocus media: Lunch Date with Rachel and Kate, is the co-founder of the Optometric Compensation Research Group, and she recently completed an internship with Essilor.

Kate loves to connect with her community, and is involved with her local Lean-In and League of Women Voters chapter. Even though she seems busy, you can usually find her goofing around on her Instagram @dr.instahamm with her cat and husband. 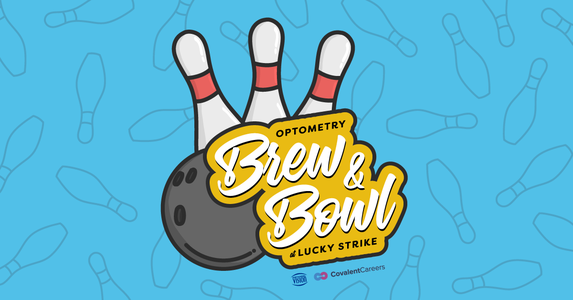 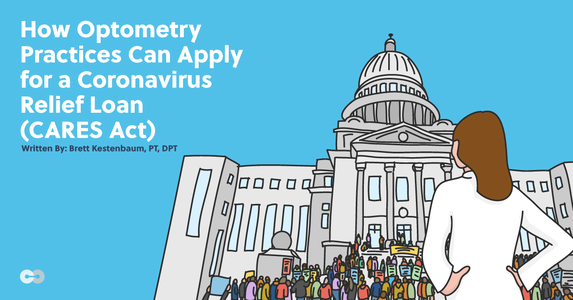 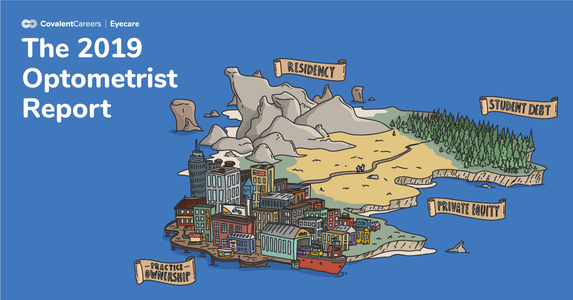 The 2019 Optometrist Report: An Epic Journey