Countdown to My Optometry Interview

How do you feel before one of the biggest interviews of your life? Do you get excited or nervous in the days leading up to the optometry interview? 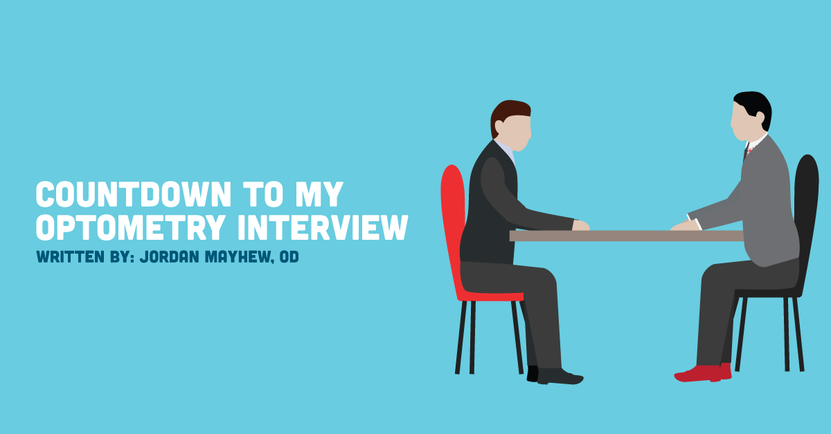 How do we feel before one of the biggest interviews of our lives? Do we get excited and a little bit nervous about the days leading up to an optometry interview? I’ve outlined 5 days before my interview from my perspective and what I did to better prepare myself.

Day 1: Four days before the interview

It just so happens that on this day I was also taking the NBEO Part II exam, so most of my attention was directed towards taking this examination. Most of us realize that these are some of the biggest and most important tests we will take over our optometric career. Without passing NBEO tests you will more than likely not be able to get a state license to practice optometry. Make sure that you are able to pass these tests to set yourself up for immediate licensure upon graduation.

After taking NBEO Part II, I found myself driving back to the college thinking about the next few days and how my interview was going to go. I prepared for the interview by thinking about questions that they might ask at the optometry interview, and what questions I should have for them.

Day 2: Three days before the interview

I started off the day by packing most of my belongings into the car for my drive home back to Norman, OK. On the drive I listened to some podcasts about optometric practices and what you can bring to your practice to help with efficiency. The only podcast out right now that deals strictly with optometry is the Power Hour podcast produced by Gary Gerber. Dr. Gerber has some really interesting insights into practice building, and often has guests on the show to talk about their business strategies. I thought listening to this show might help me if the doctor I was interviewing with asked what I could bring to the practice.

The rest of the day, I just enjoyed having time off from school and spent most of my time preparing to travel the next day to visit the practice in Colorado for my interview.

Day 3: Two days before the interview

I was all packed and ready for the trip to Colorado. I would be driving from Norman, OK to southern Colorado for my interview, which totaled about 7 to 8 hours. On the drive, I listened to more of the Power Hour podcast and thought about what my practice management class had taught me about private practice optometry. I knew that most private practices generally need to have revenue of $750,000 in gross to accumulate for an associateship salary. I was interested in how many patients the doctor at this particular practice saw in a day, because that’s an important key metric to figure out how many patients I would be seeing a day first starting off.

Another thing I considered on the drive was the option to buy in to a practice. Is ownership something I am considering or is it something I’m not really interested in? It really depends on whether the doctor who is hiring is willing to have some sort of buy in option. The drive gave me time to plan what I was going to say and do in the interview to give the best impression.

Day 4: One day before the interview

Some new graduates have no interest in ownership and would rather be an employee, but I strongly suggest in an optometry interview to mention the community. Ask questions about the community to which you will be providing eye care, because it’s important to know your demographics and what kind of care you need to provide. The town itself was very nice, and for a smaller community, it was somewhere I could see myself fifteen to twenty years down the road.

The interview was set for the afternoon, and I felt like I was prepared for almost any question they would throw at me! I had breakfast at the hotel in the morning and drank some coffee while reading the local newspaper. It was going to be a very nice day for December in southern Colorado with a temperature of 67 degrees. There truly is nothing like walking out your door and seeing mountains on the sunrise. I visited a local restaurant in town that was known for its historic appeal. (Later I would find out from the office manager that this was known as a local dive.) I had already googled the location of the practice, and knew they had two locations in the area.

I arrived to the interview about 10-15 minutes early, just to show that I was prompt and to make a good impression. The office manager greeted me within a few minutes and showed me around the practice, which I really enjoyed. As it turned out, the hiring doctor was at the other practice, so about thirty minutes later we drove there and had the interview. Preparing questions and my responses before the interview was extremely helpful, because there wasn’t a question I hadn’t anticipated.

While it’s definitely helpful to prepare beforehand, just remember that there isn’t a wrong answer during your optometry interview. These interviews are mostly intended to get to know you and whether you will be a good addition to the practice. Good luck on your own interview! 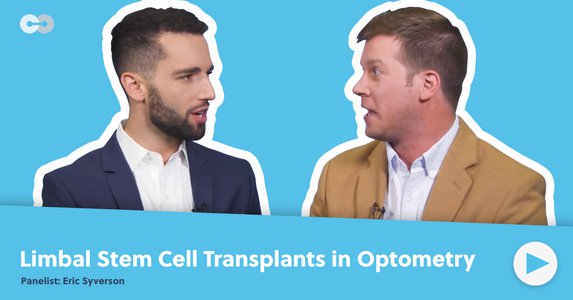 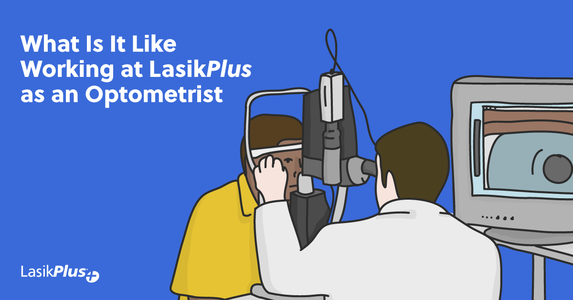 What It's Like Working at LasikPlus as an Optometrist