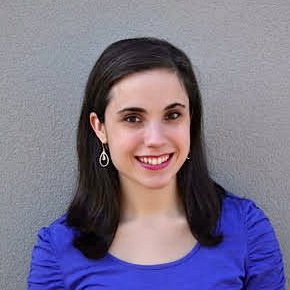 Many PTs don't know as much about exercise as we should—but the CSCS certification can change that. Here's how to get started. 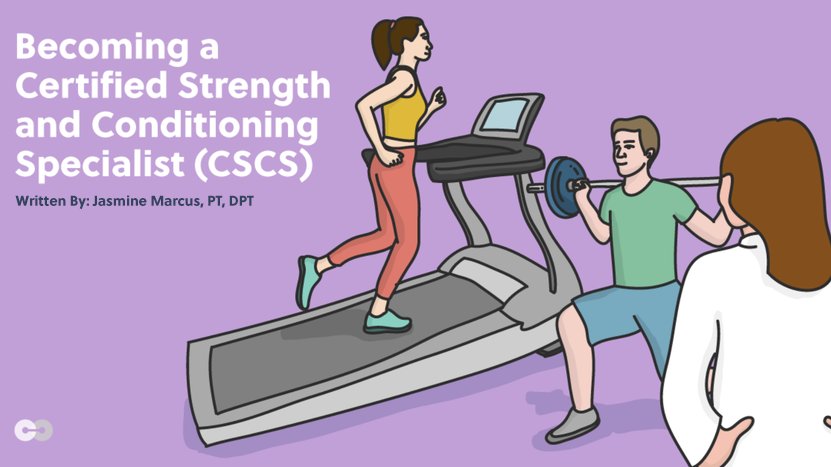 Over my four-plus years as a physical therapist, the way I practice has shifted. I’ve gradually come to rely less on modalities and manual therapy, and more on exercise. This change has come in part because of a desire to help make patients more independent and less reliant on me, and is also based on a plethora of evidence I’ve read. However, as I’ve been making this shift, I’ve also been increasingly aware that I don’t know as much about exercise as I should.

In fact, many physical therapists don’t.

I find my background especially lacking since unlike many of my peers, I didn’t major in exercise science or kinesiology as an undergraduate, and didn’t take classes in those subjects as prerequisites for physical therapy school.

For this reason, I began searching for ways to develop my exercise knowledge basis. This led me to think more closely about becoming a Certified Strength and Conditioning Specialist.

What is the Certified Strength and Conditioning Specialty?

The CSCS is a certification conferred by the National Strength and Conditioning Association (NSCA), which describes itself as “a nonprofit professional organization dedicated to advancing the strength and conditioning profession around the world.” They describe CSCS members as “professionals who apply scientific knowledge to train athletes for the primary goal of improving athletic performance.”

As I considered the certification, I bought the main textbook, and then, just like the book I bought on how to use a goniometer in my first semester of PT school, it sat in its plastic wrap, unopened on my coffee table for several months.

I was finally spurred to open it after attending a talk on strength training for runners by one of my coworkers who is both a PT and CSCS. As he spoke about different sets and reps for different types of workouts, I realized I didn’t have a solid grasp on this type of programming. I knew that 3x10 doesn’t work for everyone, but I didn’t have a rationale for deviating from this plan.

How should you prepare for the CSCS exam?

That week, I finally freed my textbook from its bubble wrap and began to read. It happened to be the end of summer, and I made a loose plan to finish studying before the weather got nice again. I live in Upstate New York, so I had a lot of time, which was important to me because I wanted to study, but not be so overwhelmed by the process it would significantly impact my social life and side hustles.

Although I’ve read online about PTs spending two weeks studying, I knew due to my lack of background and unwillingness to let my life revolve around the test, I’d need more time. It took me about four months to read the book, underlining important passages as I went along. Some weeks I read two chapters, and others I was too busy to open the book.

Next, I went through the book again, making myself a study guide of sorts, by going through all my highlights and rewriting the important details in a notebook. I took my time going through this process, while continuing to use the popular Pocket Prep NSCA CSCS app daily. Due to some personal factors that took away significant amounts of attention, as well as a few writing projects that came up, this process took about three months, or a lot longer than I’d anticipated.

The final step of my preparation involved taking the only practice test the NSCA offers, which unfortunately, is broken down by section and looks entirely different than the actual test. The test was helpful in that it showed me just how detailed the actual test is – a lot more detailed than the app, which is not sponsored by the test. I looked up a lot of information from this test to add to my study guide and used the notebook exclusively for the last two weeks of my prep.

During the test, I practiced many of the test-taking tips that are second nature to most PTs after years of multiple choice tests – write down helpful information quickly at the beginning on the dry erase board you’re given, don’t second guess yourself and needlessly change answers, and smile for the picture they take of you pre-test.

Overall, the test was similar in difficulty to the practice test and I’m very glad I took the practice test. That said, there were some questions which required educated guesses – I didn’t memorize details such as average T-test shuttle scores for different athletes – and one question about the body composition of a basketball player, which I only got correct due to my husband’s job.

A great thing about the CSCS is you find out immediately whether you pass, so I was able to celebrate right after finishing the exam.

Overall, I’m glad I took the test and gained the certification. Although I don’t use everything the exam covers in my current practice – I don’t get very involved in my patients’ diets, for example – it has changed the way I practice. I don’t always prescribe the typical 3 x 10 anymore, and I’m more confident assigning heavier loads to patients. I’m also better able to explain concepts such as how long it takes to build true strength.

While I recognize that I still have a lot more to learn about strength and conditioning, I’m more confident using exercise as my main mode of treatment since I now know a lot more and have an extra credential to back it up. 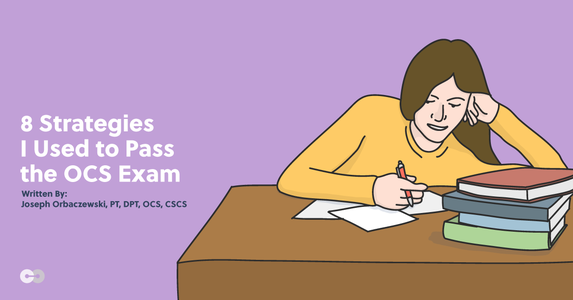 How to Ace the OCS Exam 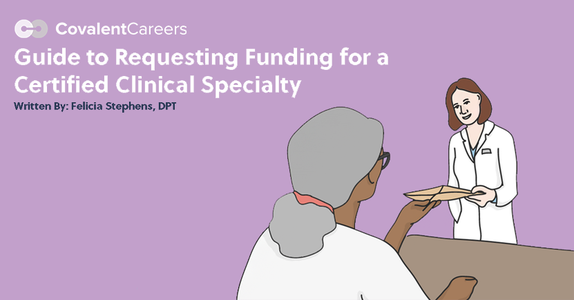