The 8 Minute Rule vs. SPM: Are You Losing Money? 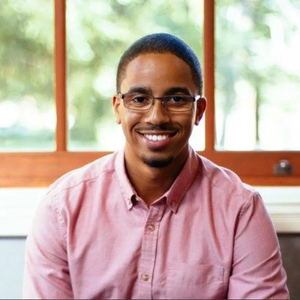 Substantial Portion Methodology, or SPM, is a real option for physical therapy billing—and using it could benefit PTs whose payer sources accept methodologies other than the 8 minute rule. 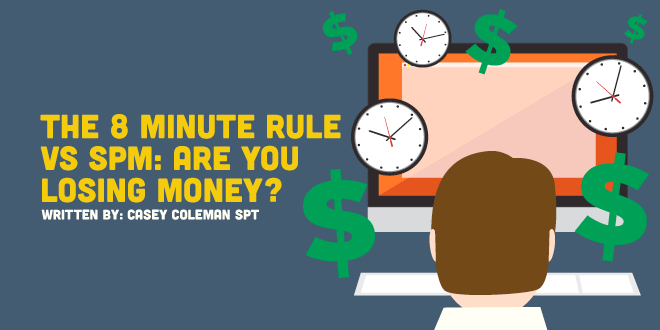 Medicare has seemed to take over or even scare the physical therapy profession into only utilizing the 8 minute rule. As of today, the common way to bill units of physical therapy services in the outpatient setting is the 8 minute rule. However, there is another method that can be used to bill commercial insurance that predates the CMS 8 minute rule. This method is substantial portion methodology (SPM). Under the right circumstances, you can actually bill more units and, in turn, make more money using SPM.

If you're young in the profession, you may not have heard of this method. Even if you've been a practicing clinician for a number of years, you may have neglected SPM to make life easier or you may have forgotten about SPM altogether due to how your company bills insurances. If you are a practice owner or in a managerial position, I encourage you to look further into SPM. Under the right circumstances, you can actually bill more units and make more money to protect your bottom line using SPM.

The SPM source of information is the Current Procedural Terminology (CPT) Assistant. The purpose of this text is to give advice on how to use and interpret CPT codes from the perspective of the AMA. Per the CPT Assistant, payers are within their rights to issue payment policies for reporting 97000 timed codes either following Medicare's guidelines or more strict guidelines. Payers are also given the latitude to request documentation supporting the medical necessity of a given portion of care provided within the 15-minute service descriptor.

While many private payers follow Medicare's rules, there are also several who issue individual reporting and billing guidelines. Some of these will accept substantial portion methodology.

With timed codes, the "substantial portion" aspect of SPM means that the 15 minutes coded must be spent in performing the service described. That means performing what the CPT Assistant identifies as "pre-, intra-, and post service work" of the code used.

For example, if a PT is performing manual therapy for a small fraction of the 15-minute period required to bill the service unit, that service unit should not be billed.

SPM only applies to timed codes

Nothing changes with service based/un-timed codes.

Can a facility bill differently to payer sources for the exact same service?

Medicare does not set the rules for other payer sources. Facilities should follow payer guidelines in that payer's contract. If the contract is silent on specifics for timed codes, SPM set forth by the CPT assistant should be considered as a foundation for code selection.

Every payer can dictate how they choose to pay for physical therapy services. Medicare requires facilities to bill all Medicare patients according to the Centers for Medicare and Medicaid Services (CMS) 8 minute rule. However, the 8 minute rule is a Medicare rule, not a requirement that all payer sources are required to bill services by.

Payers who can be billed according to SPM:

The sources who require physical therapy be billed according to the 8 minute rule:

Choosing between the 8 minute rule and SPM (for commercial insurances)

A substantial portion of the 30 minutes was utilized performing manual therapy, therefore it is appropriate to bill manual therapy x 2:

The moral of the story? Billing is complicated, but you do have options

Casey is a practicing PT and the Physical Therapy Publication Director for CovalentCareers Resources. 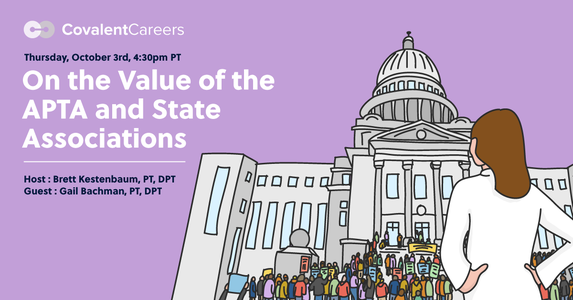 On the Value of the APTA and State Associations — Free Webinar 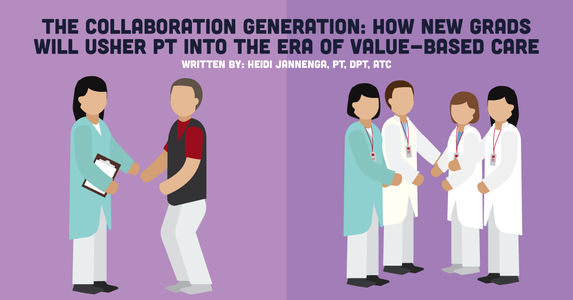 The Collaboration Generation: How New Grads Will Usher PT into the Era of Value-Based Care